TAMPA, Fla. - Bay Area school boards have been under intense scrutiny since the start of the pandemic and school board elections have become equally contentious.

In Hillsborough County, eight candidates are vying for three school board seats.

On Friday, six candidates attended a forum hosted by the Tiger Bay Club. It was a chance for members to ask candidates to weigh in on the big issues facing Hillsborough's school district.

One of the biggest areas of criticism the school board has faced is its handling of the budget. This fall voters are being asked to increase property taxes to provide teachers with raises and funding for programs like arts, music, and technical education.

"Teacher raises are paramount," said District 4 candidate Hunter Gambrell, currently the senior coordinator of workforce operations for the Polk County School District. "I'm in complete agreement of the millage rate. I do believe it's a personal decision that we all have to make as residents in Hillsborough County." 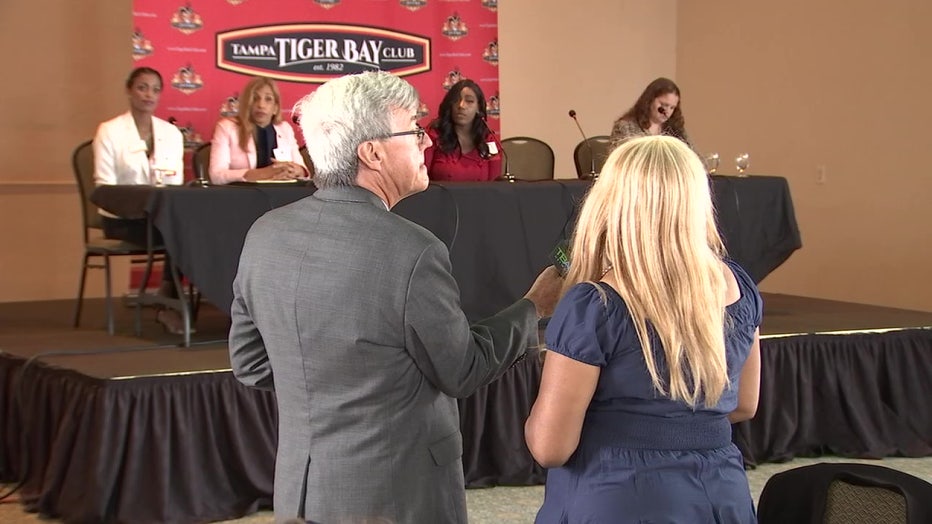 But the increased millage is a tough thing to ask at a time when voters are wading through inflation, a global gas crisis, and a housing market that's sent both rents and home prices soaring.

"I do not think that we should have a tax," said District 6 candidate Aly Legge, an Army veteran and founder of Moms for Freedom, an advocacy group that has been an especially vocal defender of parental rights at school board meetings since the start of the pandemic. "The only reason why we're operating in the black right now is because we have received over $200 million in COVID relief funds. If you wanted us to approve a tax for teacher pay, why? My question and everyone else's question should be, why are teachers not being funded first?"

Some candidates called for more transparency when it comes to the school board's budget.

"The parents, the community of Hillsborough County, have lost trust in our school board," said District 6 candidate Roshaun Gendrett, who's served various administrative roles including Dean of Students and Athletic Director in his 20-year career in education. "They don't believe that [school board members] have the ability to spend their money wisely. So I think it's really a deeper issue that we need to probe." 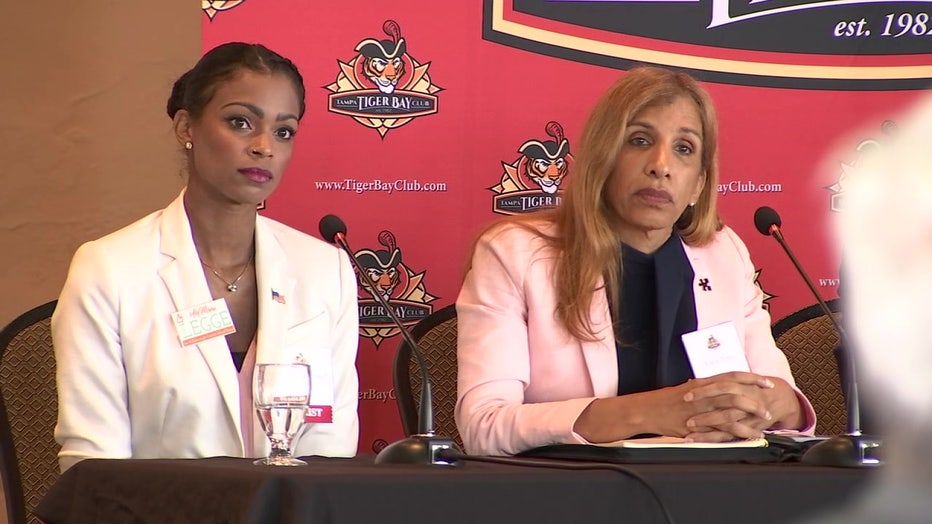 Several candidates say board members must figure out a way to keep teacher salaries competitive and provide them with a wage that will allow teachers to live in an increasingly expensive area.

"There is an increased need for salary. Why is that? So we can retain and obtain quality educators," said District 4 candidate Danielle Smalley, a 45-year veteran Hillsborough school teacher. "I am a taxpayer. I understand the hardship of what that might place on a family budget or household income. However, the greater reward will then also benefit us."

"How many of you would stay in your jobs if you knew that we were 49th in pay in the nation?" asked PTA leader and District 2 candidate Damaris Allen. "If we don't invest in children, then what are we even doing?"

Just as we've seen in the past two years of school board meetings, culture wars topics also made their way into the conversation with candidates.

Aly Legge was asked directly about her views of critical race theory and how American History should be taught in schools. 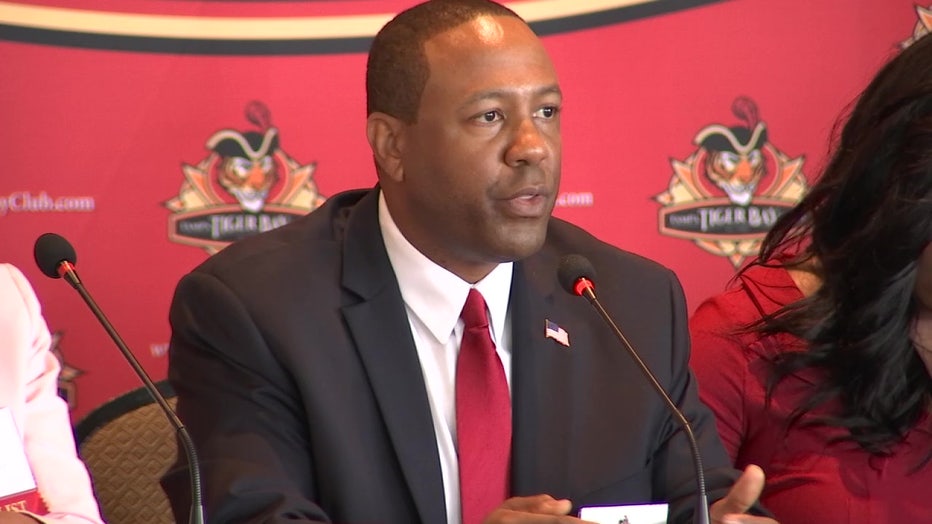 "We do teach about slavery in school. We do teach about the dark history of America. But critical race theory is being used to teach through a racial lens, pitting children that are of lighter skin tones against children that are of darker skin tones," said Legge. "I am a second-generation American and we are very multicultural in my household. So to have children feel like they are separated because of the color of their skin, saying that because they're lighter-skinned, they are of the oppressor class or because they are darker-skinned, they are of the oppressed class and that our country is inherently racist is actually false. That's false statement."

Incumbent District 6 representative Karen Perez countered by pointing out that critical race theory is not taught in Hillsborough County Schools.

"CRT is not taught in our schools. It's taught at a university level, actually a doctorate or law school level," said Perez. "It's never taught at a level of elementary, middle school or high school when we're teaching history."

The primaries for Hillsborough's school board race will be held on August 23.