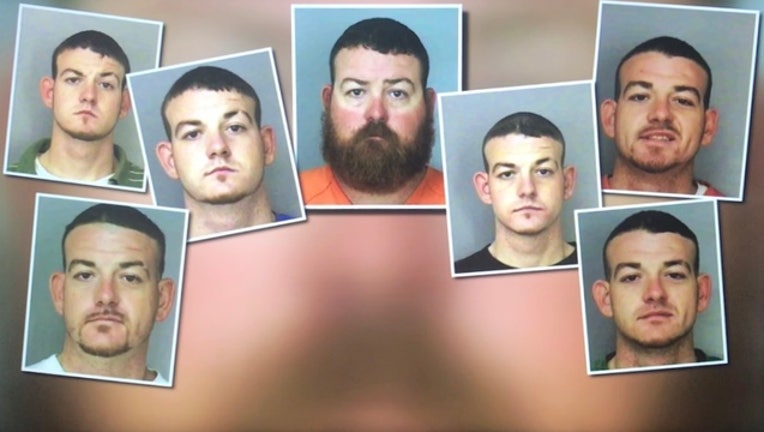 LAKELAND, Fla. - A family is outraged after a 90-day jail sentence was handed down to the man who killed their loved one in a motorcycle crash in 2017.

33-year-old Jarrod Lee was sentenced to 90 days in jail Wednesday after being convicted of culpable negligence for his role a motorcycle crash that killed 40-year-old Philip Brown.

Lee has been arrested more than half a dozen times since 2005, charged with aggravated battery, aggravated assault, a hit-and-run, and a felon in possession of a firearm.

Brown's wife, Mary Marcia Brown says the 90-day sentence is a slap in the face.

"He has been enabled to commit these felonies by a host of enablers," Brown said.

Mary is struggling to come to grips with what she says is too lenient of a sentence for the man who killed her husband.

Brown was on his way to work on a foggy morning in March 2017 when Lee struck him head-on. Investigators say Lee was trying to pass two cars on a rural two-lane road when he crashed into Brown, causing him to be thrown from his motorcycle.

"30 years would have been more appropriate. 90 days, I just don't have a lot of hope that that is going to make a change in this man's life," Brown said.

Lee was initially charged with vehicular homicide. Vehicular homicide is a felony that carries up to 30 years for a convicted felon, but a jury chose not to indict him and instead indicted him on a lesser charge of culpable negligence.

"My message to the judge is he has put the citizens in the county in huge risk," Brown said.

Mary Marcia Brown is now doing her best to keep Phil's memory alive through the Pheel Good Foundation, which is a non-profit aimed at building community engagement by helping others feel good emotionally, physically, spiritually and mentally.

"He was truly the kindest, gentilest, soul you would ever meet. Best sense of humor. Biggest moral compass you could imagine. He exemplified goodness and he was everything his killer wasn't," Brown said.

Lee is currently serving his 90-day sentence. He's also served one year of probation. During his probation, he is not permitted to drive.