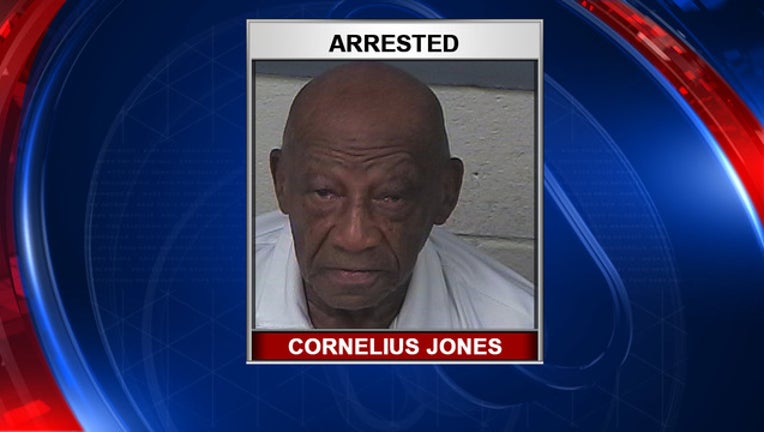 LACOOCHEE, Fla. (FOX 13) - A 91-year-old man has been accused of pulling a gun on a Pasco County pastor.

According to the Pasco County Sheriff’s Office, the suspect, Cornelius Jones, entered the New Bethel AME Church, located at 20641 Floyd Drive in Lacoochee. Deputies said he sat down and confronted his live-in girlfriend about why she was still at church.

The pastor walked out when he heard a male’s voice, investigators said, and Jones stood up and raised a gun above his head. The sheriff’s office said Jones threatened the pastor with the firearm, believing his girlfriend was involved with the church pastor.

The pastor, girlfriend, and two other females at the church went into an office to dial 911. Deputies said Jones left before heading to his Brooksville home in Hernando County.