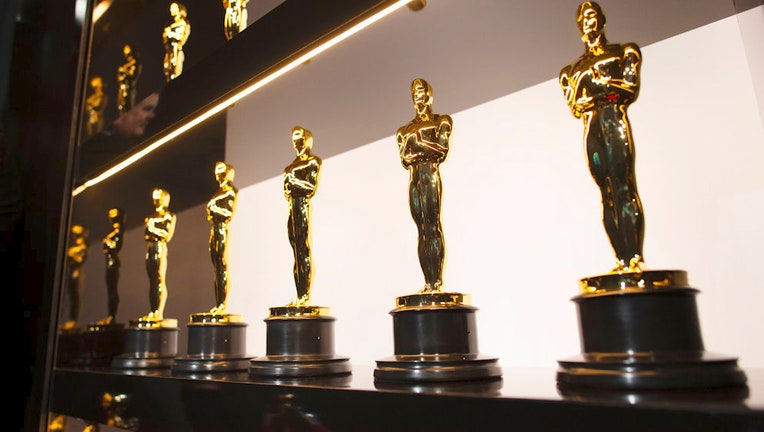 The Oscars are here once again and even as the world continues to battle the COVID-19 pandemic and learned to cope with lockdowns and social distancing, Hollywood continued to churn out some memorable movies featuring exceptional talent.

The 93rd Academy Awards will be held at Union Station Los Angeles and the Dolby Theatre at the Hollywood & Highland Center on April 25.

After a year that erased movie titles from marquees and sent seismic shockwaves through Hollywood, the show is going on — two months later than usual, in a crowdless ceremony and with a batch of nominees that have barely played in movie theaters.

Nominations include "Nomadland," for best picture, featuring the talents of Frances McDormand and "Minari," which shines a new light on how immigrant Korean families cope with moving to and living in America.

The 93rd Oscars also has a record nine of 20 acting nominees who are non-White. Steve Yeun, from "Minari," is nominated for actor in a leading role and will be making history as the first Asian American actor to be nominated in this category.

Freshen up on your Oscars knowledge by watching a number of free titles available on Tubi featuring some of the nominated actors and directors.

Titles featuring actors nominated for best in a leading role

"Four idiotic terrorists push their fuzzy dreams of jihad to the breaking point, as their beliefs and methods clash, in this far-out British farce."

"A tough, ambitious banker struggles as a single mom until she’s promoted at her bank in London, but exposure to criminal danger comes with the raise."

"A mortal tries to save the world and his own true love by joining with a powerful god in an epic battle against his rival, the deadly god of darkness."

"An Iraq War vet is forced to pursue one of his own into the Pacific Northwest wilderness to finally confront a war crime that has haunted them both."

"An eccentric racer takes his custom-built motorcycle to America with hopes of setting the world land-speed record in this inspiring true story."

"In this psychological thriller, an escaped con forces his way into a dysfunctional couple's home and takes over their lives while hiding from the law."

"Set in the Stalin-era Soviet Union, an exiled secret police officer hunts a serial killer murdering children, but the trail leads to an internal cover-up."

"Two of the outrageous supporting players from Shakespeare's Hamlet finally get their due in this witty, clever, and hilarious film."

"A man agrees to watch an ex-neighbor’s cat while she goes on a trip and becomes suspicious of the man she brings back just before her disappearance."

Titles featuring actors nominated for best in a supporting role

"A grieving couple retreats to a remote Bahamian island and become entangled in a dangerous turf war between the mayor and a greedy human trafficker."

Titles featuring actresses nominated for best in a leading role

"How do you solve a problem like Madea? You sure don’t send her to jail, where a hell raising Madea waits for freedom while helping a troubled hooker."

"Following the death of his father in the 9/11 attacks, a nine-year-old boy sets out on a journey to solve his dad’s last great mystery."

"In a dystopian future, an elite army crew heads to a remote island for routine training, but finds that deadly robots have other plans in mind."

"After an innocent man is released from prison, he recruits three friends to help him rob the local drug kingpin who put him there."

"Charlize Theron delivers a powerhouse performance as a young single mother who contends with sexual harassment while working as a miner."

"An American war hero attempts a bizarre suicide and ends up in the nightmarish Chattahoochee State Mental Hospital. Once inside, he devotes himself to exposing the horrific treatment of the patients."

"Atmospheric slow-burn about a Hollywood stuntman whose side job as a getaway driver for criminals earns a bounty on his head after a botched heist."

Titles featuring actresses nominated for best in a supporting role

"Told from Yana’s own stream of consciousness, this voyeuristic story traces the unseemly relationship between a teenage girl and an aging rock star."

"In pre-Revolution France, a pair of conniving elitists conspire to corrupt a virtuous young woman for the sake of their own twisted entertainment."

"Five interweaving vignettes following a group of women, over the course of a few days, as their lives become entangled, eroded, enriched and ultimately changed forever."

"Beneath an overweight and awkward exterior, a passionate salsa dancer lives within a 30-year-old man, and only love’s flame can reignite his fire."

"A writer grapples with being a widower and father after a mental breakdown, while, decades later, his daughter struggles to make her own connections."

"A chaotic Christmas reunion links intertwined generational stories and leads to a joyful rediscovery of family bonds and the sparkling magic of love."

"A man trying to regroup after losing his job and facing a divorce is shattered when a lie about him throws his community into mass hysteria."

"When a Copenhagen couple in the free-love era of the 1970s inherits a huge family home, they open it as a commune to a motley crew of new residents."

"At the height of his career, the chart-topper performs his greatest hits, showcasing the energy and verve that propelled him to stardom and a Grammy."

Side by Side (2012): Starring Keanu Reeves, James Cameron and Martin Scorsese.

"Munyurangabo and his best friend set out to avenge his parents murder, but encounter ethnic clashes along the way."

The Associated Press contributed to this report. This station is owned by the FOX Corporation.