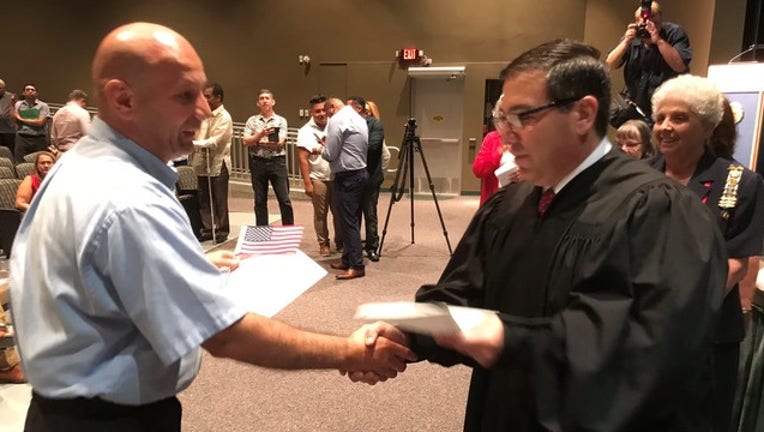 The ceremony was held at 10 a.m. on the St. Petersburg College campus. It's one of 316 ceremonies happening nationwide for Constitution Day and Citizenship Day, in which a total of 34,000 people will become citizens.

U.S. Magistrate Judge Anthony Porcelli administered the Oath of Allegiance to the 98 new citizens in Clearwater. They come from 39 different countries, ranging from Argentina to Vietnam.

SPC students were able to observe and participate in the ceremony.