TAMPA, Fla. - In the aftermath of Hurricane Ian, hope is shining through as people help those in their time of need.

Hurricane Ian rocked Southwest Florida last week, but locals like Kevin and Jennifer Stamn are still coming to grips with the aftermath.

"Mentally, we’re strained. I’ve never been through something like this mentally. This is tough," said Kevin Stamn.

Thankfully, their home was spared the worst. The structure held, and the water stayed out, but downed trees and power lines meant they’ve been in the dark ever since.

The Stamns are new to Florida and with their immediate family in Wisconsin, it’s their work family that came through in their hour of need, even delivering a generator, food and water when their power went out. 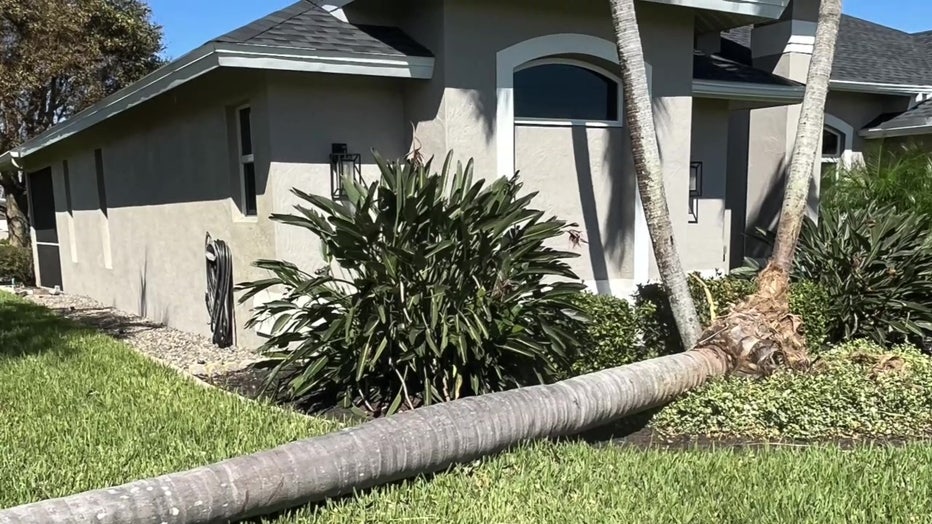 "On Friday I got the phone call of them needing people to go this weekend, can you do it? And I was like, yes. The truck’s ready. I have gas. Just tell me where to go," said Jessica Hernandez, a co-worker in their Pinellas County branch.

Achieva Credit Union said it has more than 70 employees in Southwest Florida. Since the storm, the nonprofit has sent more than 30 generators and volunteers to help.

"If the roles were reversed, and it had come here like first predicted, we know our southern teams would have rallied for us. No matter what, we would have been here for each other," Hernandez added.

In the aftermath of Ian, it’s the picture of people coming together to help one another that has stood out to the Stamns.

Achieva Credit Union is collecting supplies and donations for Hurricane Ian relief at its statewide locations. The nonprofit has also announced a dollar for dollar match up to $50,000 to help communities across Southwest Florida recover and rebuild. To learn more, click here.