TAMPA, Fla. - From crowded cages to loving homes, it's been a long journey for the hundreds of dogs rescued from a Tampa breeder in September.

Nearly 350 dogs were rescued from an alleged puppy mill, but shortly after, many of those dogs had liters of their own, which brought the total close to 400. The seizure was the largest Hillsborough County has ever seen.

After two months of being evaluated, loved and nursed back to health, 320 of those pups were ready to head to their forever home on Sunday.

On Thursday, over 1,300 people waited anxiously to see if their name would be drawn, making them one of the 320 lucky applicants chosen to bring home a pup.

"Coming and applying, coming and adopting the dogs, it's been the biggest response I've seen and I've been doing this about 20 years," said Scott Trebatoski, the director at the Hillsborough County Pet Resource Center.

For those who were picked, Sunday was the day they had been waiting for. 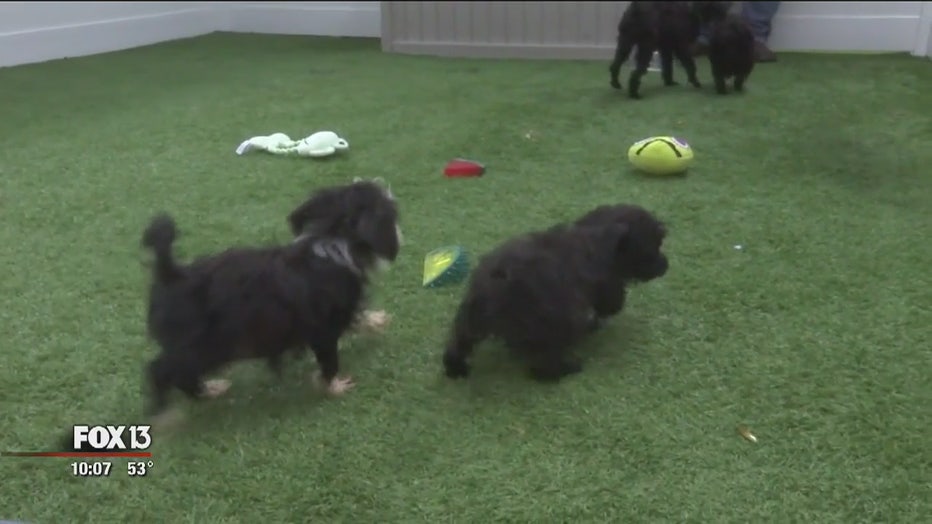 Richard Gaspar was one of the first people through the doors to pick out a dog for the family. People were allowed 15 minutes to choose their new furry friend.

"We're looking for a small breed and a puppy. They want an opportunity to raise a puppy," said Gaspar.

With hundreds of cute faces to choose from, it didn't take long for Gaspar and his kids to fall in love with a 9-week-old toy poodle mix.

The new puppy was excitedly welcomed by his new family and was given a few goodies to make his transition an easy one.

"Some extra puppy pads, because that's how we're training them, some toys, some treats, a carrier maybe," said Trebatoski.

If you were not one of the lucky ones chosen to adopt a puppy Sunday, the Hillsborough County Pet Resource Center is encouraging the community to stop by their shelter and meet the other dogs and cats that are still waiting for their forever home.