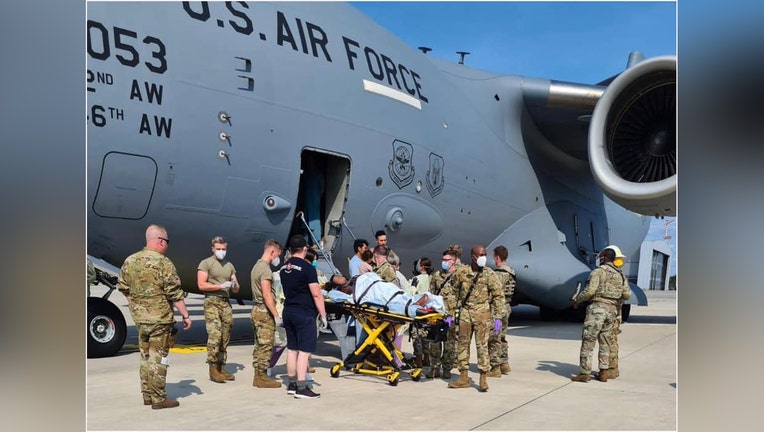 Credit: US Air Force via Storyful

RAMSTEIN-MIESENBACH, Germany - An Afghan mother gave birth to a baby girl aboard a military aircraft after it landed at a United States military base in Germany on August 21, according to air force officials.

In a Twitter post, the US Air Mobility Command said the woman and her baby were "in good condition" after the mother experienced complications and delivered the baby aboard a US Air Force C-17 at the Ramstein Air Base.

"During an evacuation flight from an Intermediate Staging Base in the Middle East, the mother went into labor and began experiencing complications due to low blood pressure.

The aircraft commander decided to descend in altitude to increase air pressure in the aircraft, which helped stabilize and save the mother’s life," the post said.

After the aircraft landed at the military base, a medical crew came aboard and delivered the baby in the cargo bay of the aircraft. The baby girl and mother were transported to a nearby medical facility and are in good condition.