TAMPA, Fla. - Hundreds have protested for change in Cuba, with some of the marches spilling into the streets and blocking roadways. Now, Tampa police are trying to educate protesters about what’s allowed under the state’s new protest laws.

The first arrests under that new law came Tuesday evening, when some protesters clashed with police after ignoring officers’ orders to clear the streets on Dale Mabry and the Interstate 275 on-ramp there.

Two of them faced a judge Thursday. Julian Rodriguez and Maikel Vazquez-Pico both face charges of resisting arrest and obstructing the roadway.

Rodriguez also faces two counts battery on a law enforcement officer. Police say, during the protests, Rodriguez tried to intervene during another arrest and bear-hugged the officer, then punched him in the face during the scuffle.

A stun gun was used on Rodriguez and the other two arrested. 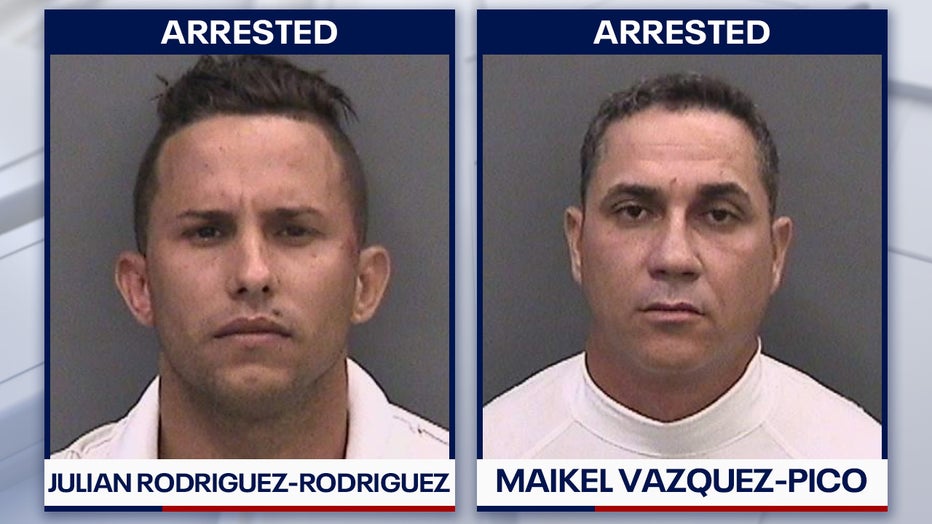 The judge did grant both of those men bond Thursday but also gave them a stern talk.

"Gentlemen, don’t lose your message through criminal activity," she advised.

Meanwhile, Tampa police are doing their part to inform and educate first-generation Cuban Americans about our laws and our rights to protest.

TPD released an educational video explaining the right and wrong way to do it, noting "it is illegal to block the roadway," among other tips.

The video urges demonstrators to call for help if they need it.

In a statement, the department said, "The Tampa police department and our Hispanic liaison officers are working with the Cuban community to educate everyone on the current laws. We continue our conversations with Cuban leaders with the hopes of providing safe demonstrations."