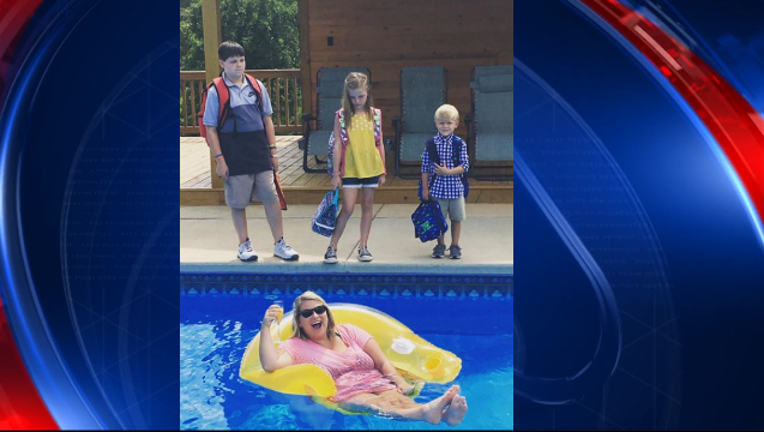 BEULAH, Ala. - An Alabama mother celebrated the first day of school—and a much-needed break from her bickering children—with a pool party, and the picture went viral on social media.

The photo, which shows Jena Willingham on a float in a pool with a drink in her hand as her three children look on with displeasure.

“My kids have just been arguing all summer so I have been telling them that on the first day of school I was having a pool day alone since it's the first time in 11 years I won't have a baby at home,” said Williams.

The image has been shared 1,580 and garnered local media attention.

Willingham said her husband took the photo using her iPhone.

She said she didn't expect the picture to get so much attention, but the photo really shows how silly she naturally is.