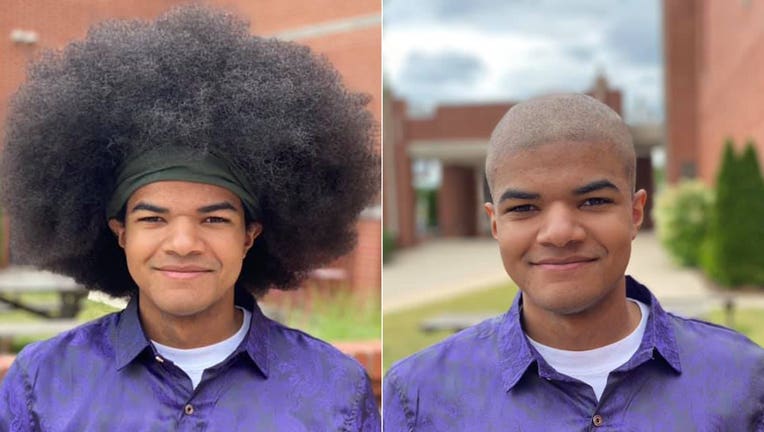 HUNTSVILLE, Ala. - An Alabama teen bound for the U.S. Air Force Academy decided to give back in a big way this Memorial Day weekend.

On Saturday 17-year-old Kieran Moise, of Huntsville, cut his 19-inch afro with the goal of donating the hair to be used for wigs for children battling cancer.

It was his first haircut in six years.

"I’m going into the military and I didn’t want to just cut it off and drop it on the floor," Moise told news outlets outside Huntsville’s Straight to Ale Brewery, where his hair was cut on Saturday. "I wanted to give back because there are lots of people that need help."

RELATED: Memorial Day 2021: The origin of America’s commemoration of its fallen troops

Moise said he was inspired to donate after losing a friend to cancer in middle school.

On his St. Jude Fundraising page, "Kieran’s Curls for Cancer," Kieran said he wanted to raise $1,000 per inch of his hair.

Moise said the money raised "will do so much good to help families dealing with cancer."

Moise told Fox News that he "really hopes this inspires others to do something great on your own."

The 17-year-old is a recent graduate of New Century Technology School and will begin the Air Force Academy this fall.