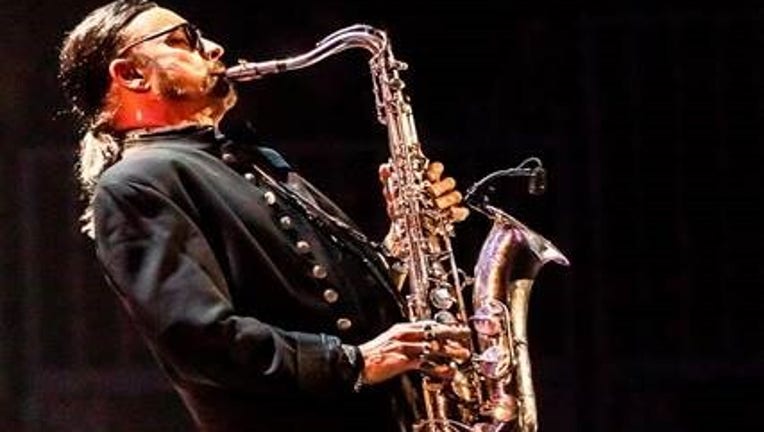 (FOX 2) - Famed musician Alto Reed has died at the age of 72 after being diagnosed with stage four colon cancer.

Reed was born in Detroit and was part of Bob Seger's Silver Bullet Band since its inception, playing on 14 albums. His saxophone provided a clarion call as part of hits such as "Rock and Roll Never Forgets," "Old Time Rock and Roll" and, of course, "Turn the Page."

He started working with Seger in 1971, sitting in on sessions for the 1973 album "Back in '72" and was part of the original Silver Bullet Band lineup formed during 1974 - and was the only mainstay, other than bassist Chris Campbell, throughout its history.

It was Seger who gave Reed his stage name as well, inspired by the aliases used by Captain Beefheart's Magic Band.

Onstage, he was Seger's visual foil, playing a variety of saxophones, swinging from ropes, sprinting between elevated platforms at either side of the stage, blowing through two saxophones at the same time, playing maracas and timpani behind the drummer during "Come to Poppa" and duck-walking and leg-kicking vamping across the stage during his extended solos on "Horizontal Bop."

"I loved him like a brother," Seger said in a statement. "I may have been the leader, but he was our rock star. He was the audience favorite, hands down. He was bold, and worldly. I learned so much from the guy. And he was a great ambassador to the fans. He took time for everybody, any picture, anywhere. I can't say enough good things about him."

The Silver Bullet Band was Reed's main but hardly his only musical outlet.

His credits over the years included working with Grand Funk Railroad, Ted Nugent, Little Feat, Foghat, Dave Mason, Spencer Davis, the Blues Brothers, George Thorogood, Robin Gibb, the Motor City Horns and more. Four years after playing for Seger's induction into the Rock and Roll Hall of Fame Reed was back at the Waldorf Astoria Hotel with the Ventures, playing on their "Hawaii Five-O" theme during their induction.

Reed was also a frequent go-to for sporting events, playing the national anthem for all of Detroit's professional sports teams.

Reed is survived by his children, Chelsea Reed Radler and Jon Radler and Victoria Reed and Erik Deutsch, as well as his grandson, Harry Radler, and his sister, Nancy Neumann and her husband Dave. He also leaves behind his partner Christiana Van Ryn, his stepdaughter Sophia Van Ryn and his ex-wife of 21 years, Monica Reed. Memorial plans are pending.

In lieu of flowers, the family requests donations in Reed's name to the Detroit Symphony Orchestra's Detroit Harmony Fund, which provides instruments to music students in Detroit.