AURBURNDALE, Fla. - Polk County is an Amazon hub of sorts for the Sunshine State. The online retail giant is set to open its fourth facility in the county, in Auburndale. It’s set to also bring 500 jobs to the city.

“When you talk about 500 jobs, that’s a big number for our city,” said Amy Palmer, the city’s community development director. “We’re a population of about 17,000. But I think that job number is not only good for the city of Auburndale, but for Polk County and Central Florida.”

Employees will work alongside robotic machines to pick, pack and ship items to customers across the region – anything from cleaning supplies to sports equipment, electronics or household goods.

The construction, which was first announced last November, was a quick turnaround for the one-million-square-foot facility. 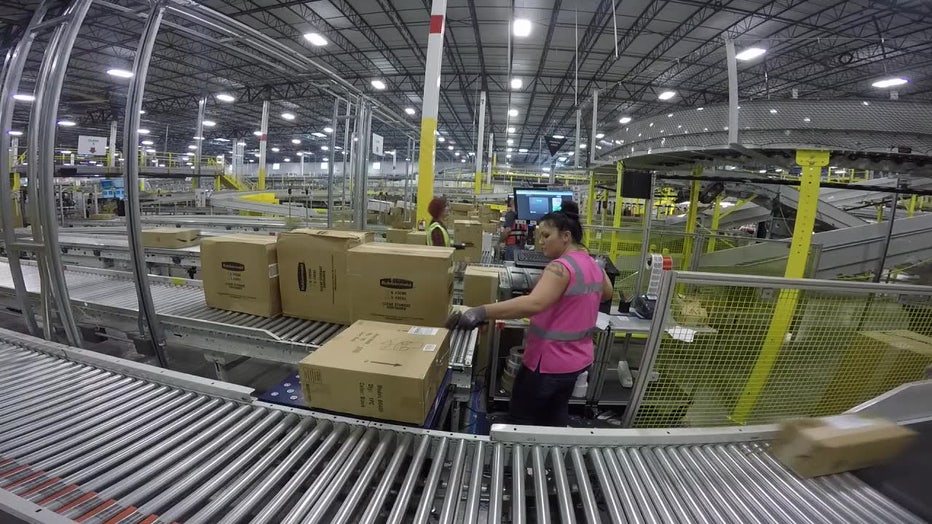 RELATED: Behind the scenes of an Amazon warehouse

Amazon has been expanding throughout Polk County for the last several years. In 2015, FOX 13 toured a Lakeland facility that spans the length of 59 football fields and hired hundreds.

Amazon is gearing up to do the same in Auburndale. Wednesday, the company opened up registration for their “Career Day 2020”. Visit www.Amazon.jobs to register.