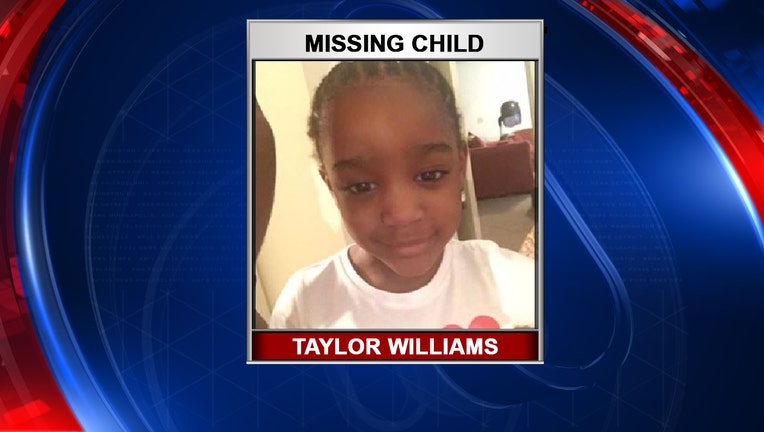 JACKSONVILLE, Fla. - An Amber Alert has been issued for 5-year-old Taylor Williams from Jacksonville, Florida.

Deputies in Jacksonville say the person who reported her missing claimed the child was last seen in her home in the 600 block of Ivy Street around midnight. When the complainant woke up, Taylor was not in her room, and the back door was unlocked, officials added. According to FOX 30, Jacksonville officials received a report that she was missing around 7:22 a.m. Wednesday.

Deputies said they have since expanded their search to include more than 100 officers and requested assistance from other agencies, FOX 30 reports. The have set up a mobile command center while theyy are knocking on doors. A helicopter is also being used in the search.

"She's a beautiful young lady. If anyone in our community sees her, could you please help us to get her home and get her back safely?,"  said T.K Waters, JSO chief of investigation, in a news conference.

Authorities initially issued a Florida Missing Child Alert early Wednesday morning, but it was later upgraded to an Amber Alert.

Taylor is described as a black female, 3 feet tall, weighs 50 pounds, has black hair and brown eyes. She was last seen wearing purple and pink pajamas.