BRADENTON, Fla. - Instead of singing lullabies, Syesha Mercado's voice is filled with heartache and tears.

The former ‘American Idol’ star and her partner, Tyron Deener, said they want their two children back after the state removed them from their custody.

"I don’t know how to articulate it but it hurts so bad," she said. "I'm just missing out on so many precious moments. I feel my daughter when she is hungry. I know when she’s crying and I can’t do anything."

Last week, a judge issued an order for authorities to pick up the couple's newborn daughter, named Ast Sba. On Instagram, Deener recorded as deputies and Child Protective Services stopped the couple.

The case goes back to late February, when Mercado and Deener brought their first child, 13-month-old Amen'Ra, to John Hopkins All Children Hospital.

At the time, Syesha, pregnant with her daughter, could barely produce breastmilk. Her son Amen'Ra was having a hard time transitioning from her milk to solid foods.

Doctors had concerns and, according to the Manatee County Sheriff's Office, doctors told investigators her son appeared malnourished and would have died without proper treatment. 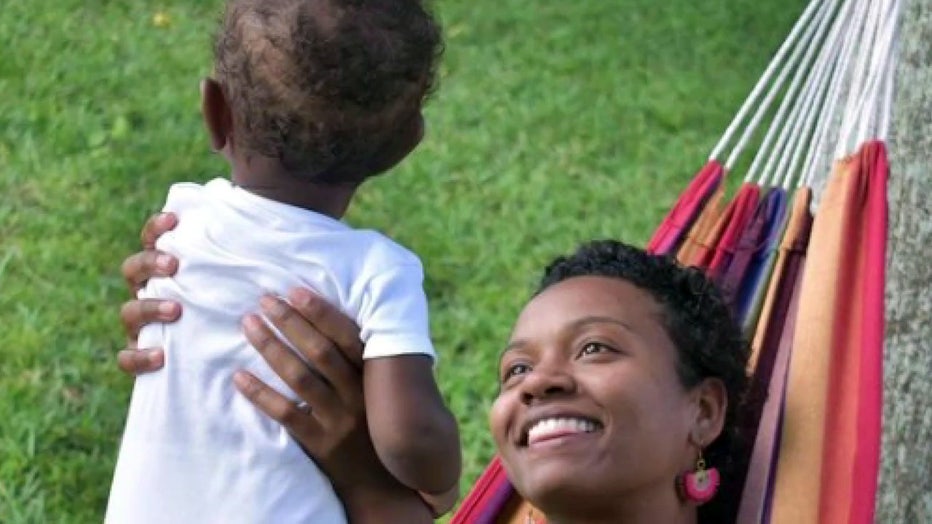 "Just know the only thing we have done as parents is made responsible decisions. Loving decisions. Along that in going to get assistance we have been judged," said Deener.

The couple's story has captured attention of attorney Benjamin Crump and Kim Kardashian-West, who shared it on social media.

During a press conference, attorneys said they are fighting for the parents’ custody rights. 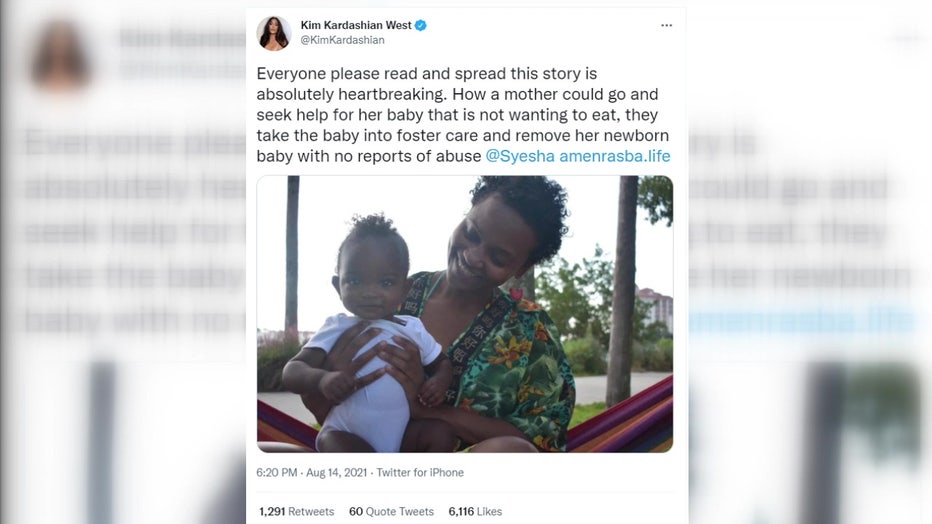 Attorneys said the children are together in the care of an "estranged family member."

Lutheran Services Florida, the family's case management organization said they are working with the family.

"In Florida, we are restricted by law and we can’t talk about any case in any specificity, but I can tell you our goal is to get children home as safe as possible. To reunify with the family and make sure the child can be safe and healthy moving forward," said Terri Durdaller, the vice president of communications for Lutheran Services Florida.

Mercado said every day she waits for that moment.

"We stay focused on them being home and that’s all we can do," she added.