FCC to crack down on robotexts

TAMPA, Fla. - Spam text messages are on the rise so much, a new report says Americans are on track to receive 86 billion of them by the end of the year.

The TRACED Act helps the federal government be more aggressive with robocallers, but robotexting is now taking over. So the Federal Communications Commission is now proposing a crackdown on robotexts.

Fake texts still break through a roboblocking list or app. The company Robokiller released a report this month, showing a 55 percent jump in spam texts with about 47.5 billion robotexts sent so far this year and 86 billion spam text messages sent by the end of 2021. Data expert Roger Grimes of KnowBe4 Inc., said it’s tougher to catch text scammers.

"I can spoof being any phone number. And with texting, you're even allowed to do these things called short messaging codes that aren't even phone numbers," said Grimes, a data-driven defense evangelist with KnowBe4.

The Robokiller report found Florida is on track to be the most spam texted state this year, and the most common robotexts can range from a phony delivery notification to covid-19 to bank scams.

Last week, the FCC acting chair announced a proposal requiring providers to block unwanted text messages. For now, there’s not much you can do to stop them except block the number, send the text to a separate folder if you can, and report it.

"There are features now on today's smartphones that will identify a number that as spam, whether it's in your folder or not because it's coming from some probably not very artful bad actor who hasn't realized yet that there are ways to catalog his or her outgoing phone so that, you know it's spam," said Ron Sanders, staff director at Cyber Florida. 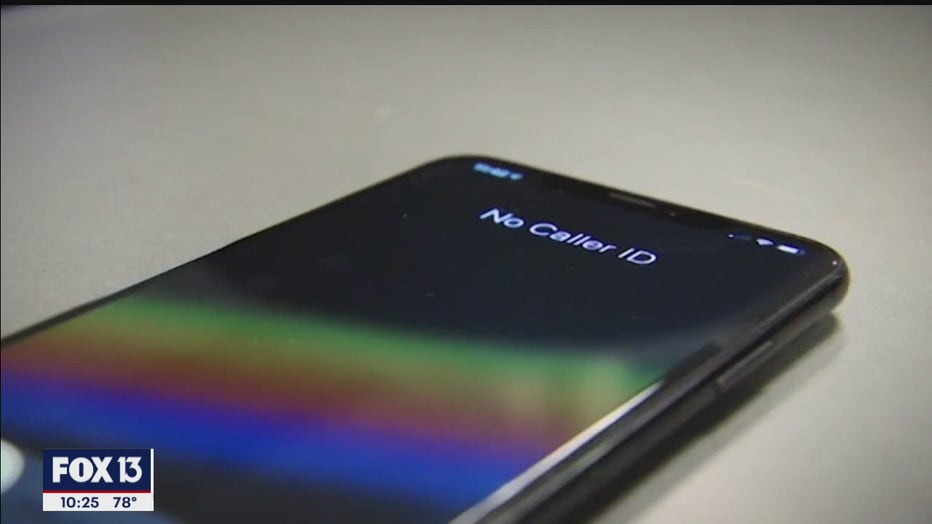 Cyber Florida said everyone should pay attention to what pops up.

"If it's a number they don't recognize, don't answer. If they do answer, don't ever, ever, ever give any of your personally identifiable information to somebody over the phone," said Sanders. "Somebody who does this they can send out a million of these. All they need is to find one or two gullible people."

If the FCC’s proposal is approved, it would explore network-level blocking and apply caller authentication standards to text messaging. But some tech experts said the government needs to upgrade phones first to help get the texts under control.

"I really do think the FCC is trying their best, but it's a huge ecosystem with literally millions of different vendors and providers and tens of millions of different pieces of equipment. Some of it new, a lot of it really old," said Grimes. "And so to get to the state where you need to defeat what they're trying to defeat, it's really going to take an all-hands-on effort."

Cyber experts said some red flags for spam texts are if it’s unexpected, if it wants you to do something you’ve never had to do before, and if it asks for important that could harm you or your organization. They said the same precautions apply to texts as they do with calls or emails, so don’t give out personal information and don’t click on the links.