A recent Instacart survey reveals how much people crave the hot-ticket food item and which brands are most popular.

With National Hot Sauce Day kicking off on Jan. 22, a recent Instacart survey reveals how much people crave the hot-ticket food item. 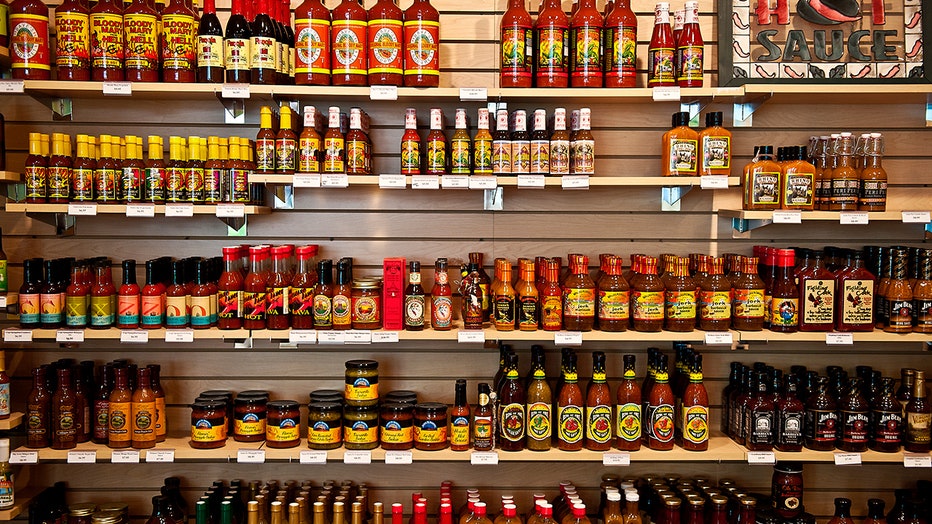 More than half (59%) of hot sauce eaters typically preferred the heat level of their hot sauce to be hot, with 46% preferring "regular hot" sauce and 14% opting for "as hot as it gets."

Favorite hot sauce brands in US

In the survey, 67% of participants said they were "passionate" about their favorite brand — suggesting hot sauce lovers will go to bat for their favorite spicy sauce.

Based on the top hot sauce in each state insight, Huy Fong Sriracha and Frank’s RedHot topped the list as the No. 1 and No. 2 hot sauces sold by Instacart by weight.

Huy Fong, the makers of the famous "rooster sauce" Sriracha, was the top hot sauce in 31 states including nearly the entire western region.

This was followed by Frank’s RedHot which was most popular in 14 states, primarily in the midwest and Northeast. 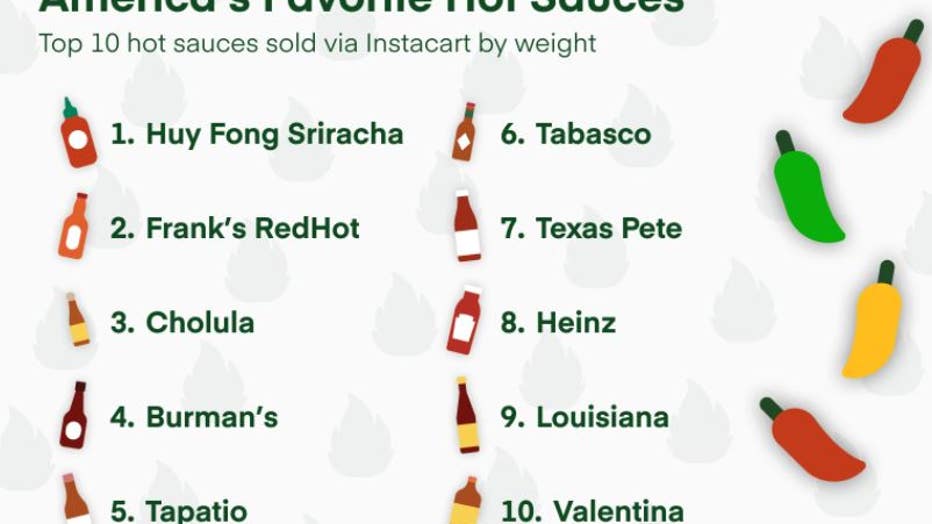 Meanwhile in the Carolinas — but surprisingly not in Texas — Texas Pete was the number one hot sauce purchase.

But, Original Louisiana was also not the most popular in Louisiana — but it was in Mississippi and landed as the top spot in the state.

Lastly, Iowa stood alone when it came to its hot sauce preference for Burman’s.

Which states love hot sauce most?

According to Instacart, customers buy a lot of hot sauce.

But some states enjoy the heat more than others.

According to Instacart’s hot sauce heat map, these states bought the most hot sauce to keep things spicy:

Meanwhile, these states preferred to stay away from the heat:

Love is in the air in February — for football...and hot sauce.

According to data from Instacart, hot sauce purchases peak around the yearly Super Bowl game.

Last year, hot sauce sales spiked by 45% during the week of the big game compared to the rest of the year.

And hot sauce sales continue to sizzle and gain popularity.