They were bussed to the nearby the Lake Eva Event Center where parents were expected to pick them up.

Many parents waited in long lines, in 90-degree temperatures, for several hours to reunite with their teens.

“That was ridiculous,” commented Jennifer Moore after finally finding her son Wyatt. “I have never seen this sort of mess. I know there are a lot of students, but you have to have some sort of better system.”

While waiting in line, parents filled out paperwork to prove they could legally pick up their student.

Once it was approved, a school employee would go into the center and try and find the child. By all accounts, that was not easy.

“It’s really crowded,” said Vanessa Razo, on the way to the parking lot. “It’s pretty crazy in there.”

The ammonia leak was at Sun Orchard Juicery on the 1200 block of South 30th Street. Hazmat teams say it was quickly contained and no one was hurt. But a spokesman for Polk Fire Rescue an ammonia leak can be a real threat.

“It can be pretty dangerous if you inhale it,” said Chris Jonckheer.

In response to parents complaints, a spokeswoman for Polk Schools says the district has emergency plans in place, but they cannot be prepared for every scenario.

Rachel Pleasant says the district is going to review how the situation was handled so they can be better prepared next time.

School is scheduled to resume on Friday. 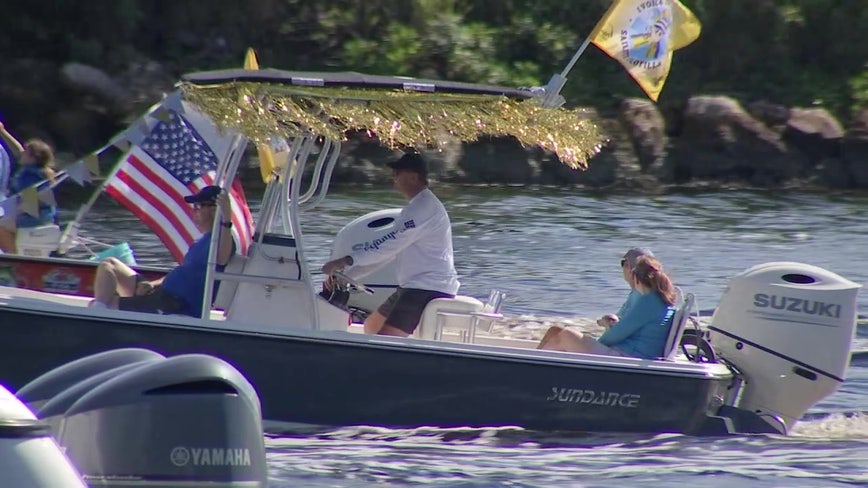