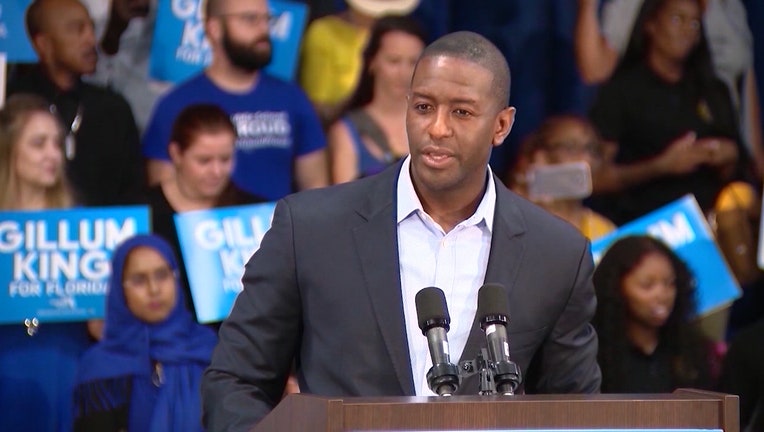 In 2018, Andrew Gillum was a rising star in the Democratic Party as its nominee to be governor of Florida.

By March of this year, however, Gillum’s star had completely fallen.

Police found the 41-year-old father of three, a former mayor of Tallahassee, Florida’s capital city, in a Miami Beach hotel room after a night of apparent partying with two other men. Officers had been called to the scene on a report of a possible drug overdose by one of the other men.

By April, police photos from the hotel room were spreading quickly on news outlets.

When police arrived, Gillum – who by then was a CNN contributor -- was too impaired to talk to them, the Tallahassee Democrat reported. But in an interview set to air Monday, Gillum speaks to talk-show host Tamron Hall.

A substance that police believed was crystal meth was also found in the room that night, according to reports – although Gillum denied using the drug and was not arrested that night, The Miami Herald reported.

One photo later published by a British tabloid purportedly showed Gillum unconscious and naked, though law enforcement officials at the time did not confirm it was him, according to the Herald.

Nevertheless, Gillum referred to that photo in his conversation with Hall, which was previewed Thursday on ABC’s “Good Morning America.”

“When that photo came out, I didn’t recognize the person on the floor,” Gillum told Hall in the ABC excerpt. “That was not anything more than a person being at their most vulnerable state, unconscious, having given no consent, and someone decided to use a moment where I was literally lying in my own vomit.”

In 2018, Gillum nearly defeated Republican Ron DeSantis for Florida’s governorship. By late 2019, his political organization, Forward Florida, was facing mounting legal fees because of a federal investigation launched for reasons that remained unclear, according to the Herald.

Since that March night, Gillum told Hall, he has cried “every day,” the Democrat reported.

But Gillum also said he remains hopeful of redeeming himself.

“I’m still here by the grace of God,” he tells Hall. “So much of my recovery has been about trying to get over shame.”