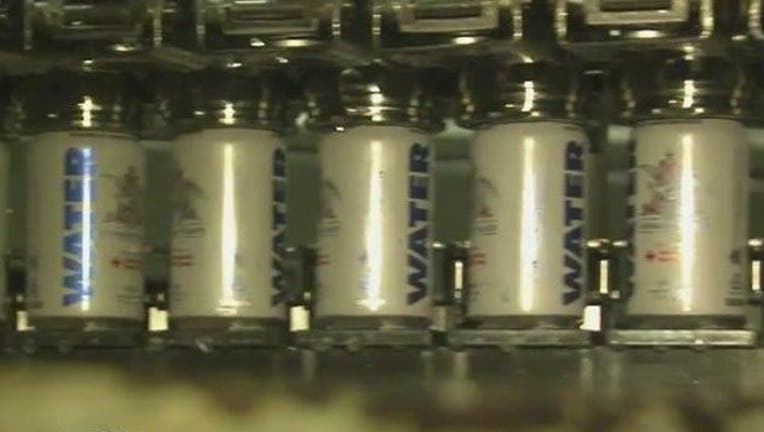 CARTERSVILLE, Ga. - Anheuser-Busch stopped canning beer and started to can water this weekend. The Cartersville brewery turned out about 50,000 cans of water for the American Red Cross to distribute to areas hit hard by tornadoes on Friday.

TORNADOES: AT LEAST 64 KILLED IN KENTUCKY, THOUSANDS WITHOUT HEAT, WATER

A spokesperson for Anheuser-Busch said a truckload of emergency drinking water was packed up to be sent to western Kentucky, so safe drinking water could be provided in the storm’s aftermath.

The water will be used at Red Cross shelters and distributed by volunteers.

The Cartersville brewery is known nationally for periodically pausing beer production to can water for communities in need of safe drinking water across the country.

The Red Cross has partnered with Anheuser-Busch for the last 20 years in distributing the water in communities hard-hit by natural disasters. Last year, Anheuser-Busch produced more than 3 million cans of water.

In the past few years, the Cartersville plant has canned water for flooding victims in Texas and Oklahoma as well as victims of hurricanes Irma, Matthew, and Sandy.

So far this year, Anheuser-Busch has produced 4 million cans of emergency drinking.