During the first week of ‘Military May," FOX 13 is highlighting service members who received the Silver Star for gallantry in action against an enemy of the United States. Corporal Evan Stafford of Apollo Beach was awarded the Silver Star for his actions on April 7, 2004, during Operation Iraqi Freedom.

The U.S. Marine Corps's top three awards are the Medal of Honor, the Navy Cross, and the Silver Star.

Below is the citation from the Department of Defense, awarding Corporal Evan Stafford of Apollo Beach the Silver Star for his actions on April 7, 2004, during Operation Iraqi Freedom. 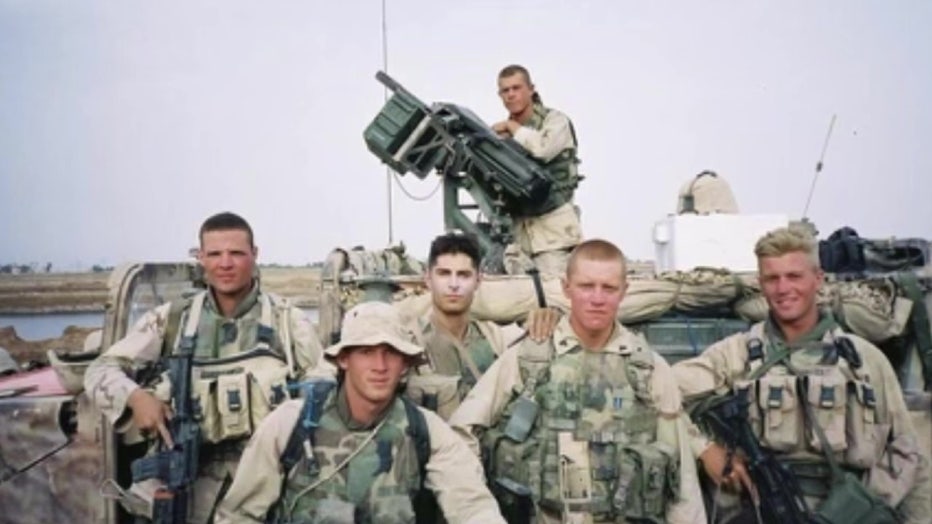 "The President of the United States of America takes pleasure in presenting the Silver Star to Corporal Evan L. Stafford, United States Marine Corps, for conspicuous gallantry and intrepidity in action against the enemy as a Radio Operator, Second Platoon, Company B, First Reconnaissance Battalion, FIRST Marine Division, I Marine Expeditionary Force, U.S. Marine Corps Forces, Central Command, in support of Operation IRAQI FREEDOM, on 7 April 2004. In Al Anbar Province, Iraq, Corporal Stafford's platoon was on a patrol when sixty insurgents ambushed them from well-fortified positions. When his team executed immediate action to flank the enemy machine gun positions, Corporal Stafford dismounted his vehicle and, while under enemy machine gun and small arms fire charged forward across a shallow canal and up a berm. After silencing the first enemy position, he was ordered to go back over the berm and support the withdrawal of another team. With disregard for his own safety, he assaulted over the berm under withering enemy fire for a second time, and single-handedly neutralized two insurgents at point-blank range. As he pushed forward, he came upon another insurgent preparing to throw a hand grenade, and immediately warned his two teammates to take cover. The enemy grenade exploded without causing injury to his Marines. Corporal Stafford continued to lead the assault, and destroyed the enemy emplacement. Corporal Stafford's personal heroism, indomitable spirit, and heroic devotion to duty were an inspiration to those with whom he served. By his bold leadership, wise judgment, and complete dedication to duty, Corporal Stafford reflected great credit upon himself and upheld the highest traditions of the Marine Corps and the United States Naval Service."

Five men received Silver Stars after the battle. Corporal Stafford’s Captain, Brent Morel, was the only soldier killed that day. He was posthumously awarded the Navy Cross.