SARASOTA (FOX 13) - The Sarasota Sheriff's Office is looking for a suspect who, wielding a gun, chased two men through a neighborhood Saturday morning.

Deputies believe two other people may be involved, who were seen driving an older model white, four-door SUV in the same area.

Deputies were called to the 2500 block of Parma Street in Sarasota around 9:40 Saturday morning after neighbors heard what sounded like a gunshot.

When deputies got there, they were unable to find any suspects or the men who appeared to have been chased, but a resident provided surveillance video showing part of what happened.

Investigators are now searching for who they believe to be a white or Hispanic male with dark hair, 20-30 years old, between 5’06 and 5’08, with a medium build.

He was wearing a blue, short-sleeved shirt and blue pants.

Anyone with information is encouraged to call the Sarasota County Sheriff’s Office at 941-861-4260 or the Criminal Investigations Section at 941-861-4900 or leave an anonymous tip with Crime Stoppers by calling 941-366-TIPS (8477), online at www.sarasotacrimestoppers.com. 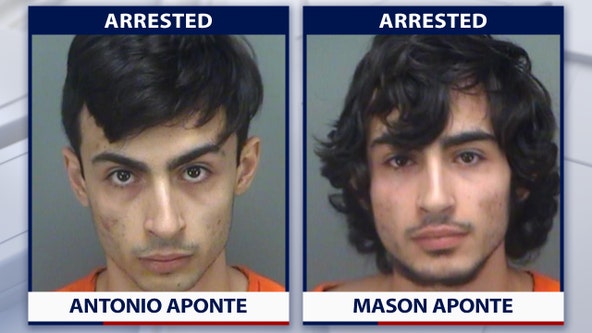