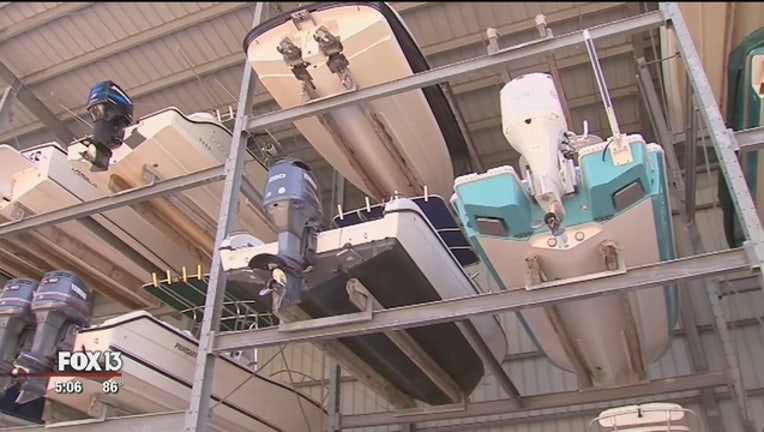 NEW PORT RICHEY (FOX 13) - Deputies in Pasco County say they've made an arrest in a string of boat motor thefts, and their suspect could be connected to similar crimes statewide.

Last week, the sheriff's office warned that four different marinas, along with a boat manufacturing business, had been hit by thieves.  At one marina in Holiday, the suspects cut through a get to enter, then stole a pair of 250 horsepower engines right off of a boat, then grabbed six lower propeller units from other boats.

Now, deputies say they've arrested Jose Manzaneira.  They believe he is connected to other thefts "not only in the Tampa Bay area but statewide," a spokesman said.

Sheriff Chris Nocco is expected to provide a more detailed update this afternoon.