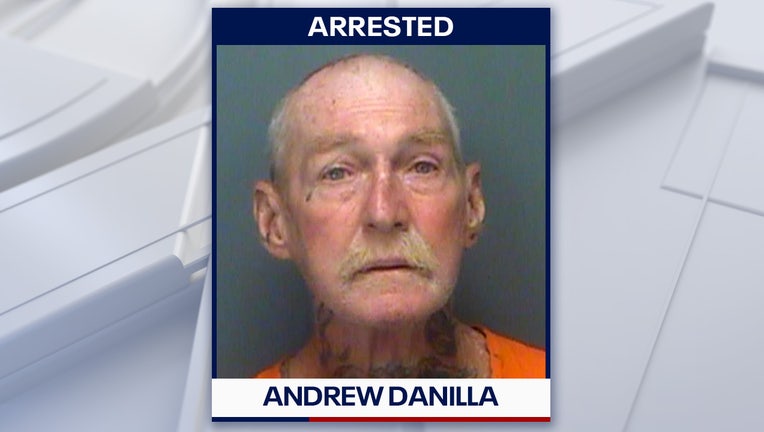 PALM HARBOR, Fla. - A Palm Harbor man set fire to a pickup truck but was caught on video and left some key evidence at the scene, deputies say.

It was around 10 p.m. Monday, according to the sheriff’s office, when Andy Danilla walked over to a neighboring house on Orangeside Road, looking for someone he believed owed him money. The son of the man he was looking for told Danilla that the man was not home, but Danilla continued to knock on the door and yell "for several minutes."

Not long after, the man’s pickup truck erupted in flames out in the driveway.

Deputies say surveillance footage shows Danilla approaching the home with his dog in one hand and a red gas can in the other. Danilla can then be seen fleeing just after the fire starts.

According to detectives, the same gas can from the video was left on the back of the burning truck and it had "Andy" written on the side.

Danilla later admitted it was his can, deputies say, and the 64-year-old was charged with arson.

The truck was severely damaged but there were no reports of injuries.