TREASURE ISLAND, Fla. - Pinellas County commissioners may decide to reopen beaches for people to use them for exercise. As they dwell on the decision, the sheriff says it could be too early to ease restrictions intended to help mitigate the spread of COVID-19.

Sheriff Bob Gualtieri told FOX 13 that the idea of reopening beaches, even if it's just for exercise, could be premature.

“You take the penicillin. You finish the prescription because the last thing that anybody wants is to back off too fast and then see a resurgence of this," he explained.

Beaches across Pinellas County were ordered to close on March 20.

During Monday's commission meeting, leaders said reopening the beaches for exercise and recreational purposes could benefit residents' well-being and mental health -- but the idea would include big gatherings or scenarios where people are tightly-packed on the beach. 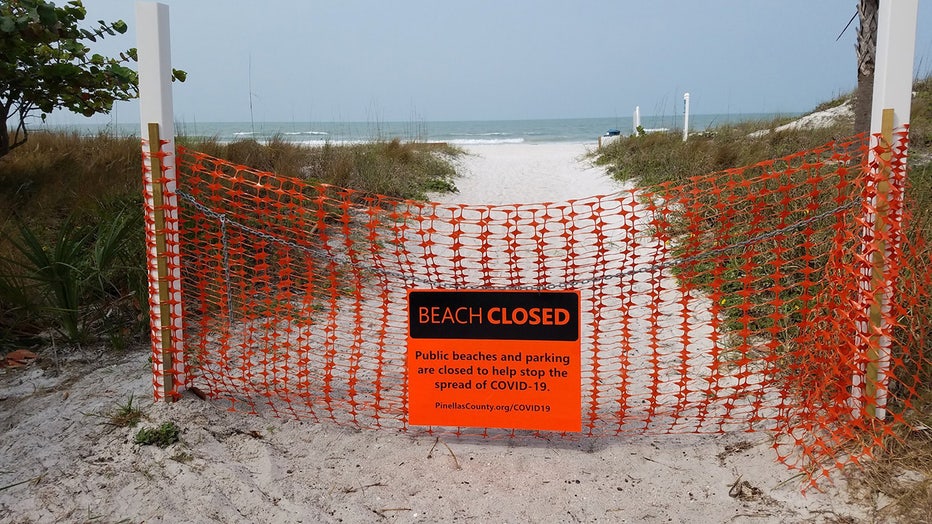 At least three commissioners supported the idea, but it's not clear if this means people would be allowed to sit on the beach.

County leaders have asked Sheriff Gualtieri to present a report to them, explaining how he would enforce this potential order. They'll likely vote on it Thursday. 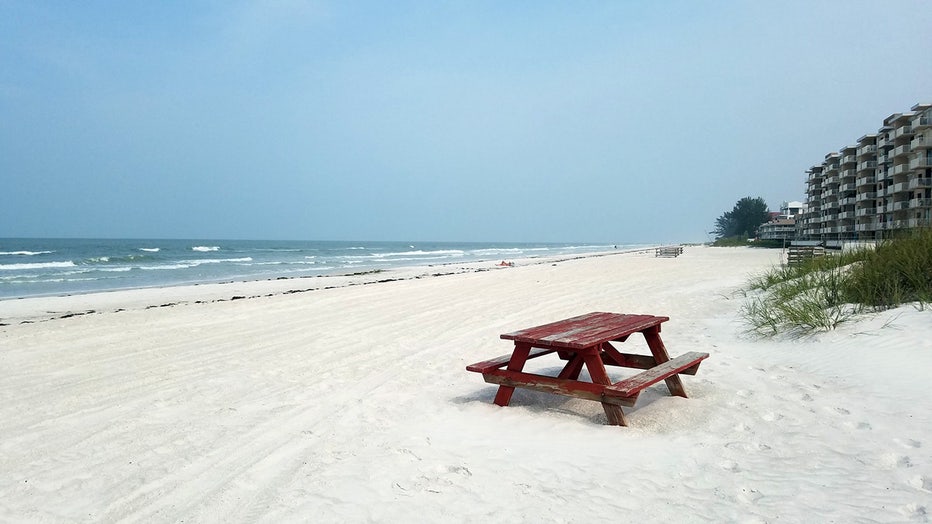 Commissioners are also considering reopening pools in condo buildings for residents to use for exercise.

“I really think we should start considering opening them at least for exercise: running and walking," said Commissioner Kathleen Peters on Monday. "There is police presence on the beaches all the time. I do believe that the citizens in Pinellas County are being responsible. They understand the dangers and they’re taking the responsible acts to keep their distance to be safe.”

RELATED: What is an essential business or activity in Florida?

At noon, the sheriff and County Manager Barry Burton hosted a Facebook live meeting for a public question-and-answer session. In Hillsborough County, a nightly curfew went into effect Monday. Sheriff Gualtieri said he sees no need to have a similar curfew in Pinellas County.

"I think it’s important as hard as it is and as painful it is, just follow through for everybody," Gualtieri explained. "This is miserable and people are hurting and I get all of that but one of the worst things we could do is to have it not go away. All these measures are intended to mitigate or to help it subside to a point where we can function to some degree but now is not the time in my view.”

Commissioners said they received complaints from people frustrated that dog-grooming businesses are not considered essential, and were forced to close.

Some say dogs can have health issues if they are not properly groomed.

Both topics -- beaches and dog-grooming businesses -- will be discussed during Thursday's meeting.

You can watch the full press conference with Burton and Gualtieri below: