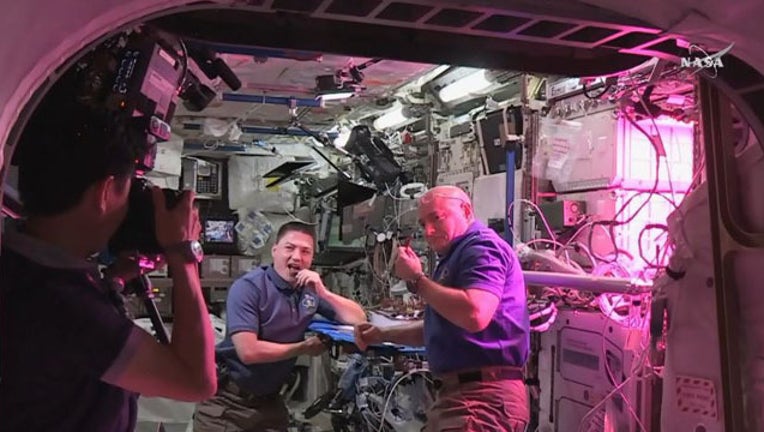 History was made Monday when the six astronauts living on board the International Space Station (ISS) feasted on fresh lettuce grown in space.

The Kennedy Space Center has partnered with Orbital Technologies to build the plant growth system to conduct the space-farming experiments. The system appropriately named "Veggie" produced the red romaine lettuce the astronauts ate.

After trying space salad, astronauts Scott Kelly and Kjell Lindgrenn added some oil and vinegar, said a tweet by the International Space Station's research office. "It was one small bite for man, one giant leap for #NASAVEGGIE and our #JourneytoMars," Commander Kelly tweeted.

Space farming and being self-sustaining is critical for future space travel and long missions, like a trip to an asteroid or Mars.