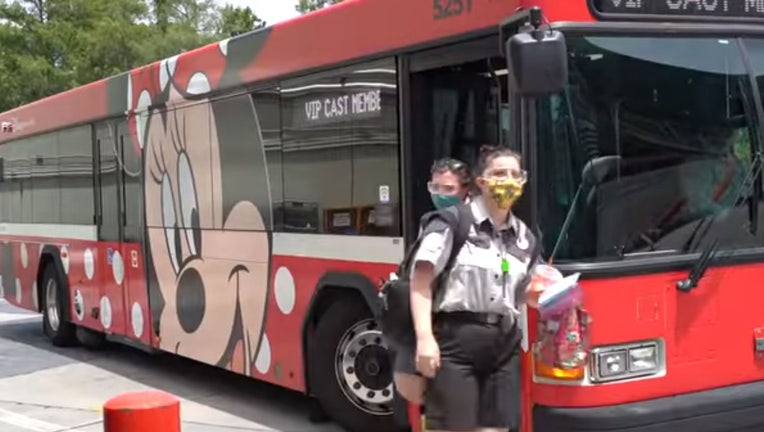 ORLANDO, Fla. - At least a quarter of the 28,000 layoffs planned for Disney's parks division will come from Florida, according to a letter the company filed with state and local officials last week.

The letter said that at least 6,390 nonunion Disney employees in Florida will be laid off starting in early December. The number of Florida layoffs, though, could grow as the company negotiates terms with a coalition of unions that represents 43,000 employees at Walt Disney World.

Related: Disney to lay off 28,000 workers at its theme parks in Florida and California

“Due to the continuing business impacts of the COVID-19 pandemic, we have made the very difficult decision to reduce our workforce," Jim Bowden, a Disney vice president of employee relations said in the letter.

Disney officials said last week that two-thirds of the planned layoffs involve part-time workers and they ranged from salaried employees to hourly workers.

Disney’s parks closed last spring as the pandemic started spreading in the U.S. The Florida parks reopened this summer, but the California parks have yet to reopen as the company awaits guidance from the state of California.

In a letter to employees last week, Josh D’Amaro, chairman of Disney Parks, Experience and Product, said California’s “unwillingness to lift restrictions that would allow Disneyland to reopen” exacerbated the situation for the company.