TAMPA, Fla. - When Hillsborough Circuit Judge Samantha Ward requested her court bailiff to "bring the jury in” Monday, it was the first time that had been said in seven long months at the Hillsborough courthouse.

The courthouse is open once again to jurors. It had been closed since mid-March due to the pandemic.

A small batch of jurors filed into Courtroom 1 for the first day of jury selection. Social-distanced seating and even a sanitation station was front and center in the courtroom.

Jurors were asked to wear clear face shields for everyone’s safety and protection, and for another reason, too. 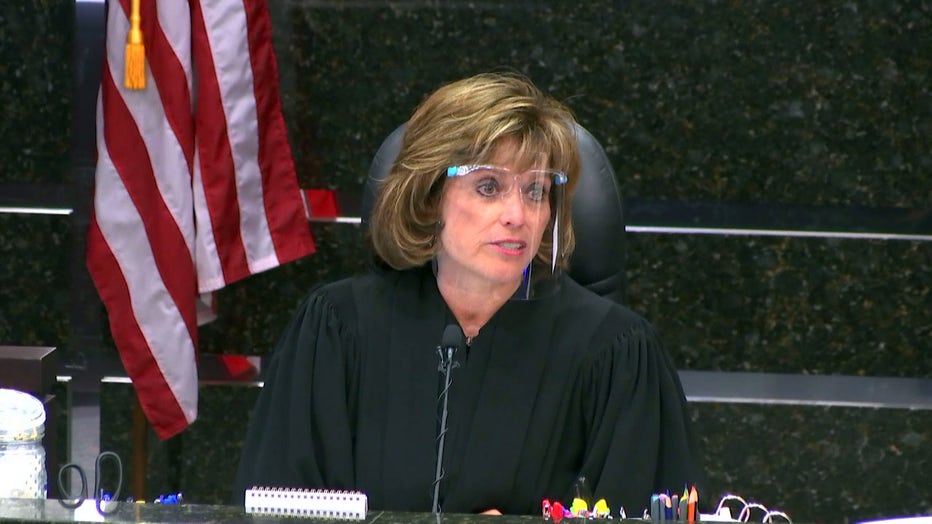 His attorneys and prosecutors spent the day questioning potential jurors and warning them to limit their media use. But one juror and sports fan wanted some clarity and asked prosecutor Justin Diaz if limiting media coverage included sports events.

Diaz smiled and reassured the juror, "If you want to watch a Bucs game or watch a Rays game, that’s fine. I’m not asking you to go home at night and sit in the dark and not talk to anybody.”

It was a rare light moment in a trial that will be weighty for jurors.

Robinson claimed it was self-defense and even invoked Florida’s controversial stand-your-ground defense, but lost. Now a jury will decide whether it was murder or self-defense.