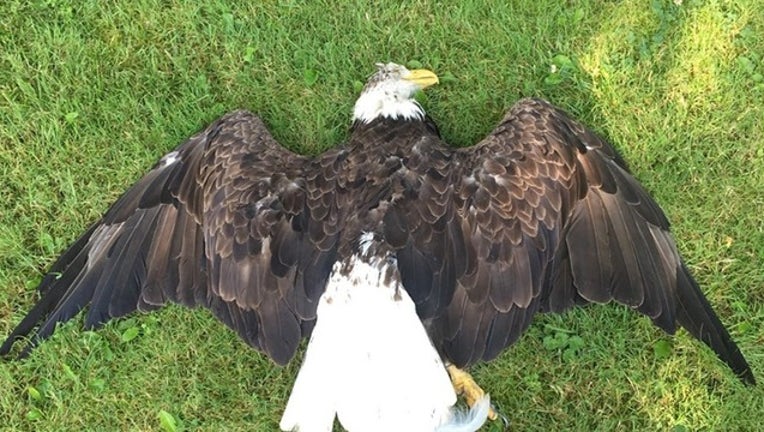 ALBION, Pa. - Wildlife authorities are asking the public for information about the shooting of a bald eagle found dead in northwestern Pennsylvania.

The Pennsylvania Game Commission posted a photo of the bird found Thursday night near Hope Cemetery in Elk Creek Township, Erie County near the Ohio border.

Game Warden Michael Stutts responded to the scene at the intersection of State Route 18 and Sherman Road near Cranesville and confirmed that the mature eagle had been shot.

According to the U.S. Fish and Wildlife Service, bald eagles are federally protected. Felony convictions carry up to a $250,000 fine or two years in prison.

Officials are asking anyone with information to call the game commission's northwest region office or the Operation Game Thief hotline.