ORION TWP., Mich. (FOX 2) - A former youth basketball coach in Oakland County is facing charges after allegedly brutally beating his fiance and taking off with their newborn.

The woman is in the hospital in critical condition and will need facial reconstruction. Meanwhile, the suspect, Christian Roberson, is facing a 10-year felony.

Christian Roberson facing a 10-year felony accused of brutally beating his fiance and mother of his 3-month-old daughter.

A bleeding and battered woman walked to a neighbor's home seeking help, telling them Roberson attacked her and drove off with their daughter.

The woman walked to a neighbor's home for help, telling them Roberson attacked her and drove off with their 3-month-old daughter.

"I looked outside and saw the police cars and police officers and paramedics," said a neighbor.

"What we believed happened is this attack (involved) fists, hands maybe even feet to the face," said Undersheriff Michael McCabe. He said it was the worse beating he had seen in his decades of law enforcement.

McCabe said the victim was so badly beaten she was air-lifted from a local hospital to University of Michigan Hospital in Ann Arbor where she is in critical condition and physically unable to speak.

She suffered a collapsed lung in the attack and will need reconstructive facial surgery. Her family has started a donation page online, which you can find here. 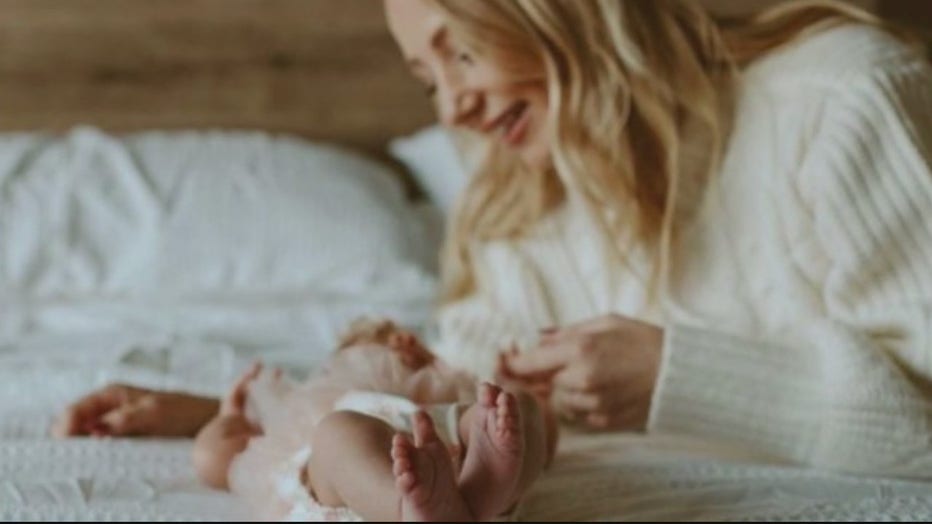 "I have seen pictures of her in the emergency room and she is not recognizable," McCabe said. "The neighbor knows her and didn't recognize her when she rang the doorbell from all the blood and her face being so misshapen."

Roberson was on the run for about a day and a half. The sheriff's office says he planned to turn himself in Monday but the office decided to take him into custody after finding out he was in Pontiac.

The baby was found safe with Roberson's mother.

"It is not a one-off situation with one person," said Melissa Sinclair. "It is something that is happening in epidemic proportions quite frankly around Oakland County and all around the United States."

Sinclair is from Haven, an organization that advocates for survivors of domestic and sexual violence.

"If you see a change - you know your friends, your family members, your colleagues, and if you can pinpoint when they started dating this person, or they got married and something has changed - that could be a sign that something else is going on there," she said.

Roberson operates Empire Basketball Training, which works with young athletes from around the metro Detroit region. According to his bio, he signed a contract in 2012 to play in what's now called the NBA G-League. He also coached a basketball team at Van Hoosen Middle School in Rochester Hills. The district fired him after learning of the assault.

"My heart goes out to the victim, her family. My thoughts and prayers are with them," said the neighbor. "And hopefully she will have a speedy recovery."

Right now Roberson locked up at the Oakland County Jail on a $300,000 bond.

You can also read more about getting help here.