TAMPA, Fla. - Doctors from the Tampa Bay area know first-hand about the suffering of children in Ukraine and Russia. They dedicated their life’s work to helping ease suffering in that part of the world.

They began traveling to Russia three decades ago to help the children, especially orphans, bringing medical supplies and performing operations and FOX 13’s Kelly Ring had the privilege to go with them their first year.

She recently reconnected to remember the young lives that they touched so many years ago.

Children born in Russia with cleft pallets, facial abnormalities, and other medical conditions were regularly abandoned because of it. 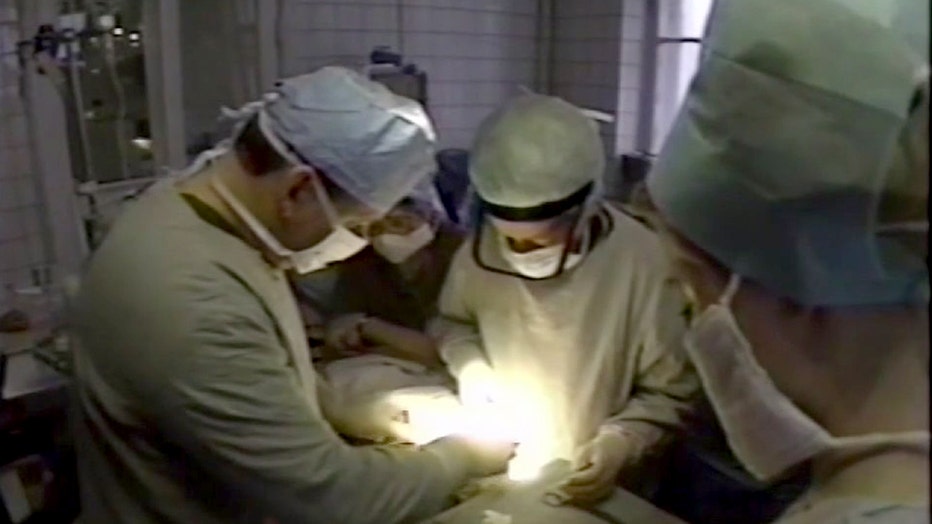 Doctors Gallant and Boland operate on Russian children in 1993

The government’s policy was, if your newborn was found to be "abnormal" at birth, a parent could sing a single document to give away their parental rights.

They learned all about life in Russia when they spent six years treating the children left behind – between 1993 and 1998. 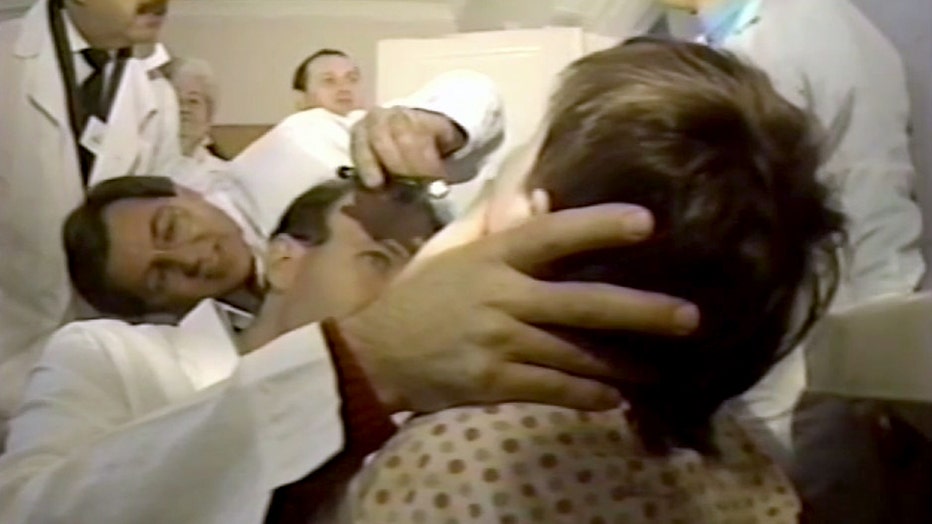 Galland and Boland check a pediatric patient in Russia

Ring recently met with the doctors, with whom she traveled to Russia to cover their missions, to watch the video recorded in 1993.

"I think we were probably the first American surgeons to have gone over there and operate in that fashion. It was pretty closed down before that," Boland said.

Each time the doctors and their team brought along valuable supplies, things as simple as these headlights for Russian surgeons to use in their antiquated operating rooms. 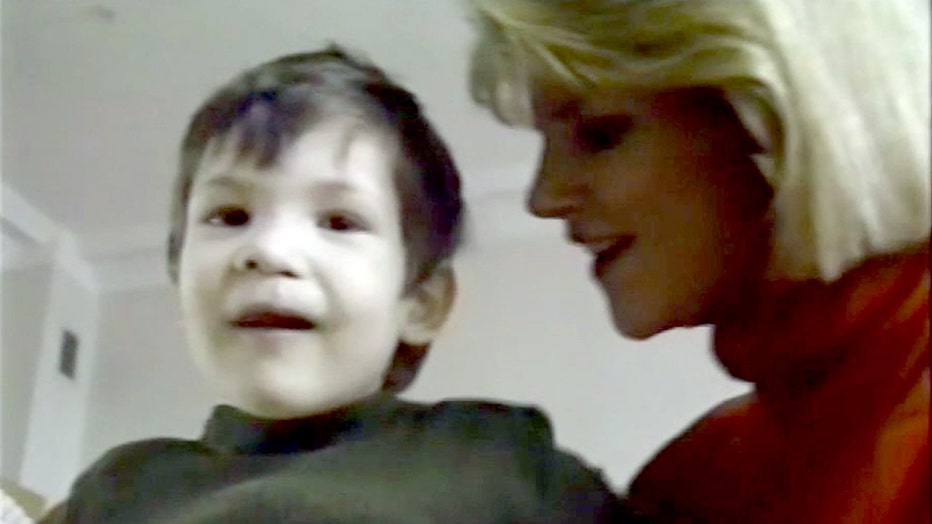 "Some of the things that we gave them like the suture material that they thought was too valuable. They actually bartered for other things like furniture," Gallant said. "When you look back on it, we really didn't know. There was a great deal of important things that we didn't know. Like how poor they were, how scarce food was. How much they've been imprisoned in their own country."

Kelly Ring said in her 1993 report, "The team of healthcare specialists from all Children's Hospital had heard the horror stories about poor medical care in Russia. So, they decided to come here to see if they could help."

"Teaching Russian doctors how to do this; we won't have to keep coming over here all the time," Dr. Boland said in the 1993 report. 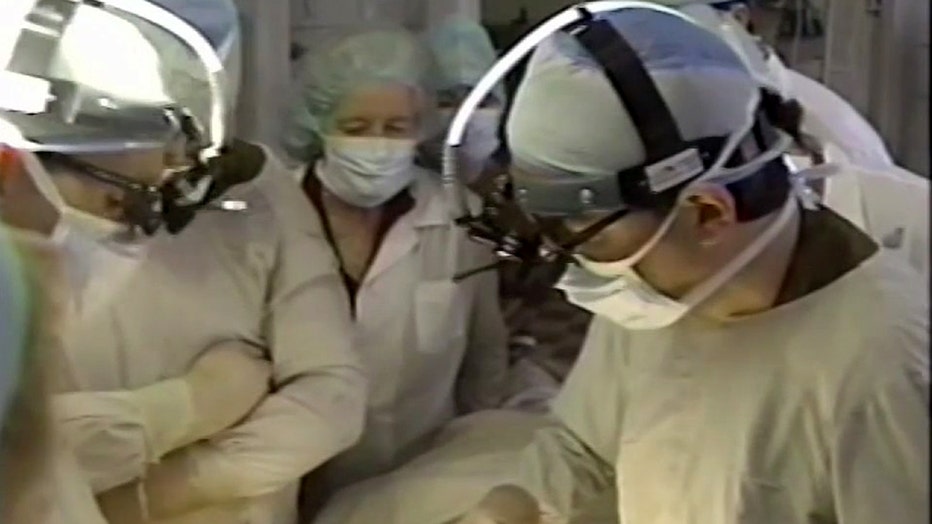 Decades later, he said, "Hopefully, they picked up some knowledge from us, even if it was reluctantly, and passed that on to maybe other surgeons over there."

"The thing that would make us really happy, thinking back, for Russian doctor’s to have made more of an effort to become more up to date with Western Medicine. I don't think that's happened yet," Dr. Gallant added.

They estimate to have performed surgeries on up to 50 Russian children over six years of travel.

"The vast majority of the children that we saw that were adopted by American families did much, much better than you would have ever thought," he said. 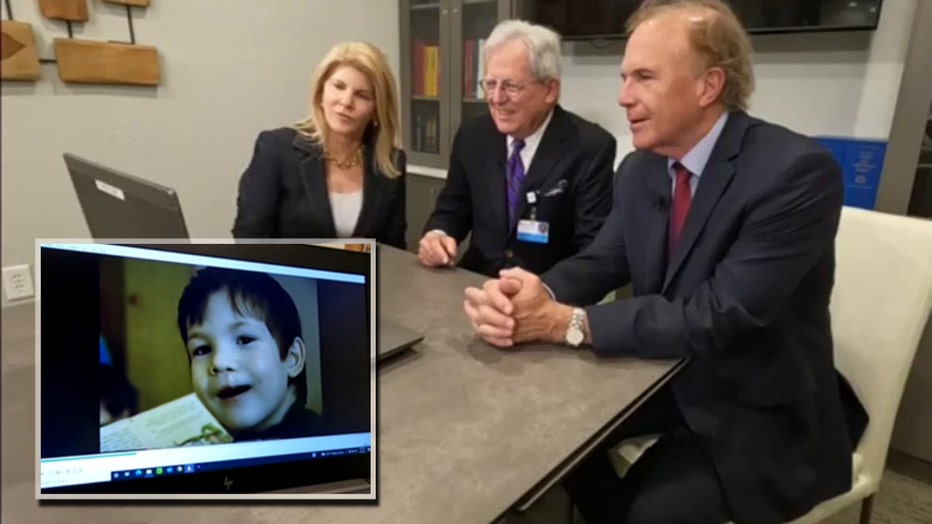 At the time of Kelly Ring’s visit, she met a curious 6-year-old boy. At the time, she didn’t know a family from the Tampa Bay area was in the process of adopting him.

They eventually did and a few years later, the boy, Anton came with his adoptive parents to Dr. Boland’s office for an appointment. They had no idea he was the doctor who operated on their son back in Russia.

"He just showed up my office for something, and I was like, ‘Oh, my gosh. What are the chances?" Boland said.