Florida Governor Ron DeSantis gives an update on the wildfires in the Panhandle as crews from the Bay Area head up north to assist.

BROOKSVILLE, Fla. - Rescue crews battling three large fires in the Florida Panhandle are getting some much-needed help from across the state, including the Bay Area.

Crews from Hernando County Fire & Emergency Services are heading up to the Florida Panhandle to help fight several massive wildfires that have been burning for days. The Hernando team joins fire crews from, Pasco County, Pinellas County and The Villages and will be deployed for up to five days.

DeSantis added that several first responders have been injured both physically and mentally while battling the blaze. 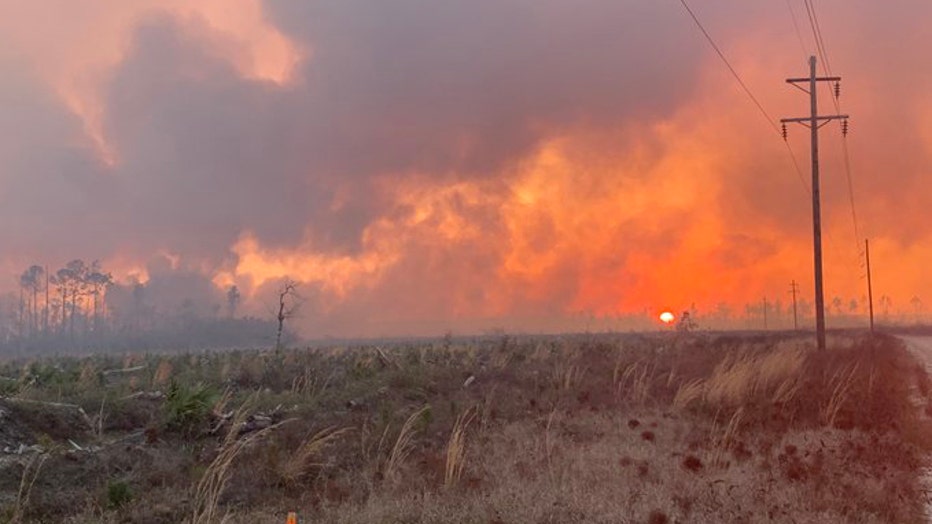 The Florida Forest Service says 2018's Hurricane Michael left behind 72 million tons of destroyed trees that have provided fuel for the wildfires. The debris, along with low humidity and strong winds, have created "the perfect storm" for the hazardous fire conditions around Panama City, Florida.

The Florida Fire Service says it has dropped 103,000 gallons of water on the fire since Friday.

On Sunday afternoon, DeSantis the 1,500-acre Adkins Avenue Fire was 35% contained and the Bertha Swamp fire is about 10 percent contained. 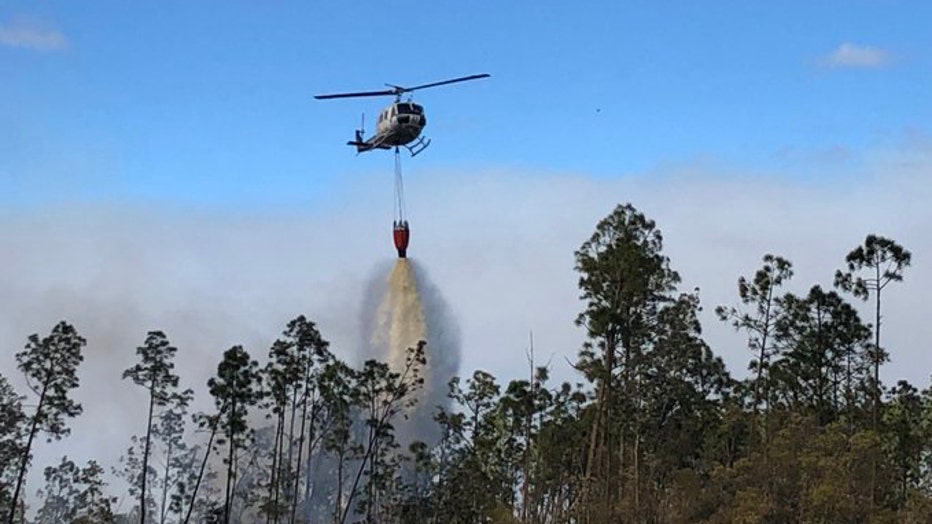 During a press conference on Sunday, Florida's Chief Financial Officer Jimmy Patronis said he's seen about three homes so far that are a total loss. He encouraged those who have been displaced by the fires to contact their insurance companies to get the ball rolling on potential claims. He stated that is the home does not suffer any damage, there is no penalty for the homeowner who started a claim.

Patronis also encouraged people who want to donate money to reach out to the Salvation Army or American Red Cross, He advised people to be suspicious of Go Fund Me accounts unless they personally know the organizer. 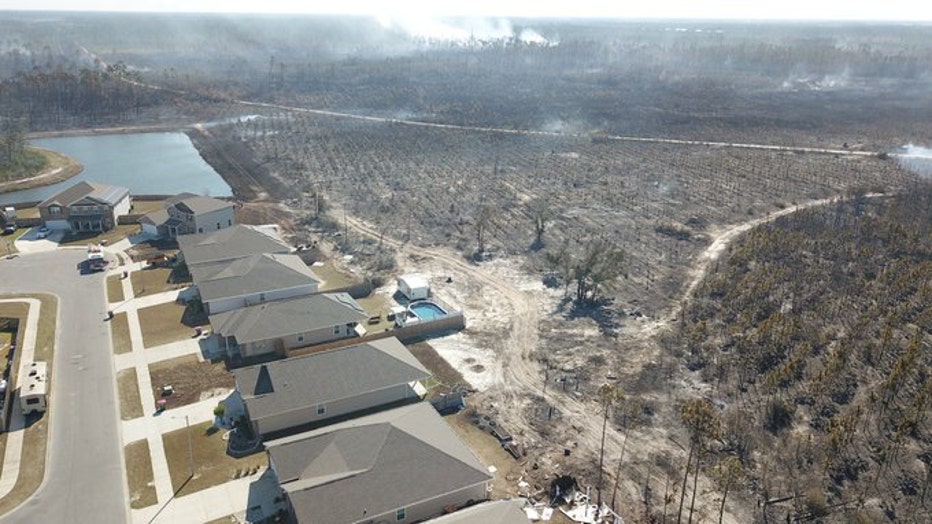 Dry weather conditions are expected to continue on Monday.