TAMPA, Fla. - Governor Ron DeSantis’ plan to start re-opening the state’s economy is laid out in an executive order, but the details weren’t immediately available for local leaders, who had mixed initial reactions.

According to the governor’s office, the order does not contain a preemption on local rules where those rules restrict or close businesses or buildings.

“I personally am very happy to hear him say he is going to base the opening of the state on the science, and on the data, and that it is going to be a slow return to normalcy here in the state,” she said. 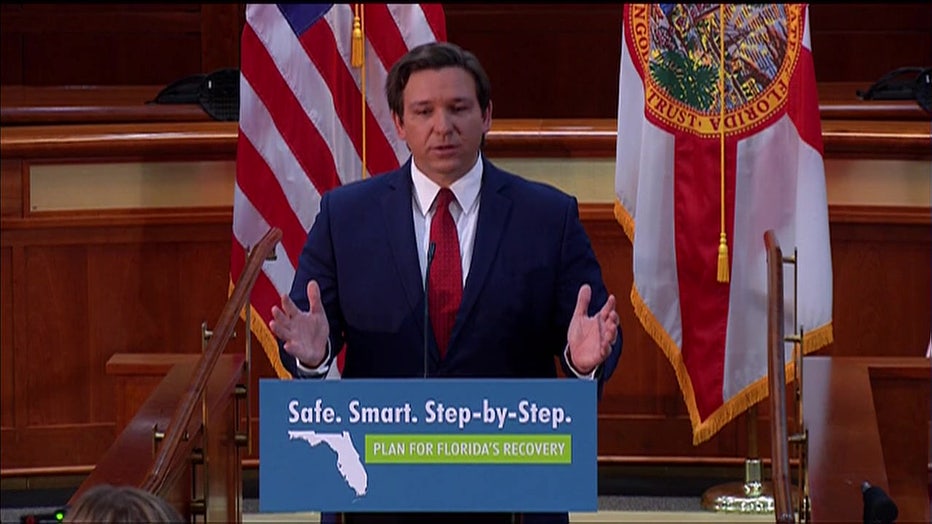 “I wish he would have emphasized more wearing masks. He did talk about it being in close proximity wearing masks, but I think we need to be more, emphasize more,” said Miller. “I know a lot of people don’t want to do that.”

Congresswoman Kathy Castor said she has serious concerns about the state’s testing capability. Saying only 1.4% of the population in Hillsborough County has been tested for the virus.

“Until you have a broad-based testing strategy where you’re testing hundreds of thousands of people and you’re able to analyze the results, people are not going to feel safe,” Castor said.