A Tampa woman used her downtime during the pandemic to raise and release monarch butterflies.

TAMPA, Fla. - Teri Legget admits she watched a lot of television during the pandemic but says she also had time to reflect and do something to make a difference.

"I saw for the first time the Monarch Migration in Mexico," she recalled. "It was a David Attenborough special on the thousands of monarch butterflies that migrate to the forests there."

She learned that the butterflies are at risk due to habitat loss and predators.

"So, I thought well, I don't want them to go away. It’s the first butterfly that I can remember seeing and going, 'Oh wow,' as a kid," Legget shared.

Legget’s eagerness to help started out as an effort to be more aware of plants that attract the monarch butterfly and create a safe habitat for them, but as she learned more, she began creating safe spaces to raise the pollinators. Now, when she finds a monarch caterpillar, she said she grabs the plants and puts them in an enclosure.

"They have a lot of predators, wasps certain types of flies," she explained. 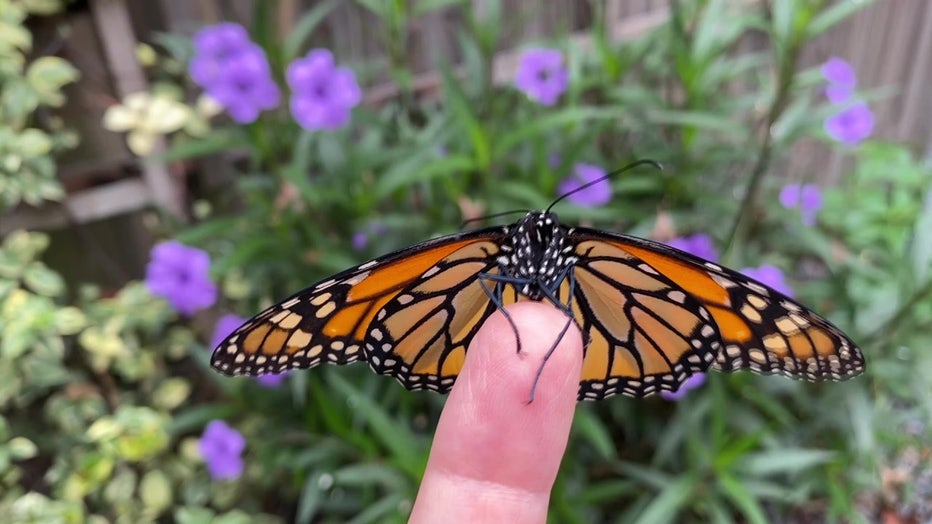 They live in that protected space until they create the chrysalis which she also keeps safe until the metamorphosis. It takes patience, but it's that life-cycle change that gives Leggett a spark.

"I'll release 20 a day for two or three days and then have my stragglers," she said. "It happens on a four-week cycle." 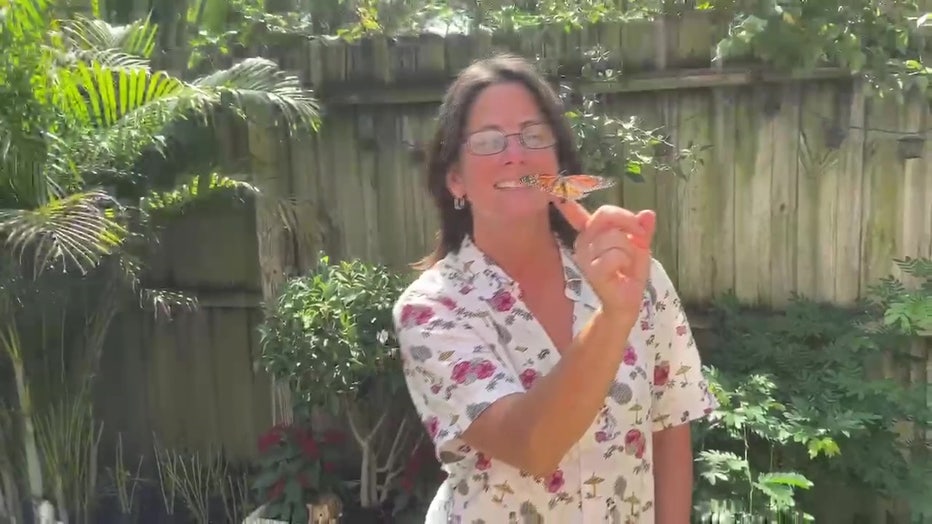 In the end, it's one woman's effort to create a change that will hopefully have a butterfly effect.

"If I can just protect some of those and set them free then hopefully it helps increase the population," she stated.