TAMPA, Fla. - Carlos Montas can’t see the sidewalk right before his eyes. He’s totally blind, and has been since birth. But a new app is helping him walk to a bus stop in Pinellas County, all on his own.

For the last three weeks, Montas has been testing a new GPS-powered mobile app for the blind, called Lazarillo.

Made in Chile, the app -- which means “guide dog” in Spanish slang -- was brought to the Tampa area two months ago. Developer Rene Espinoza says it’s essentially an audible GPS.

“It will tell you what’s nearby when you move,” Espinoza said. “But also think about it as a friend that tells you what’s nearby. But also if you ask for a location, it will provide you directions, providing you feedback as you move.”

Montas is a case manager at Lighthouse of Pinellas, a non-profit that serves thousands of blind Bay Area residents. There are nearly 2,000, according to the founder and CEO Kimberly Church. 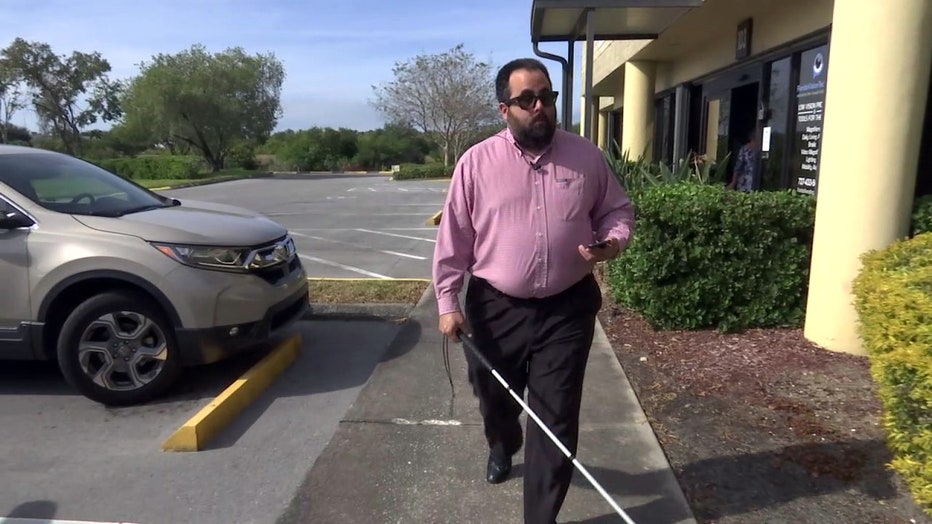 She says apps like Lazarillo can be a game-changer for the visually impaired.

“It gives them the opportunity to travel not just in their house, but in public places that they’ve always gone to,” Church said. “And give them that security and independence that they need to navigate around.”

Montas, who uses several other apps for the visually impaired, says this one is different.

“It provides more turn-by-turn directions, and uses your cardinal directions,” he explained.

According to Espinoza, the app is free, but they charge institutions a fee if they include their property on the app’s map.

Right now, his team is mapping public parks and college campuses in the Tampa area.