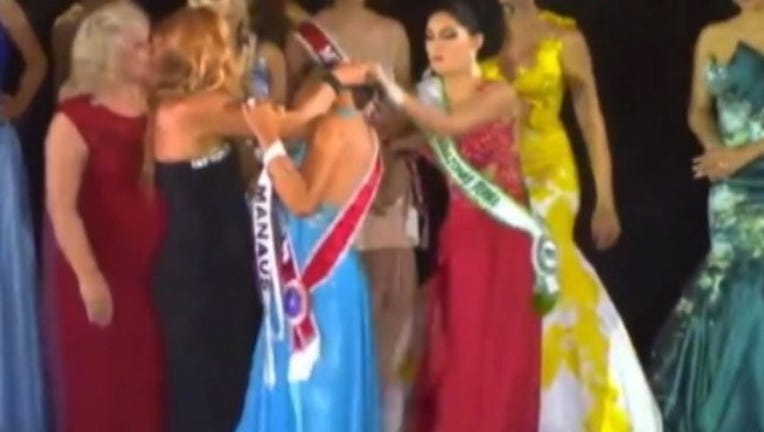 There was no talk of world peace at this beauty pageant.

The videos show Hayalla rip Toledo's tiara from her head and throw it away in disgust – followed by a verbal tirade on stage. What's the story? Hayalla apparently elaborated on her Facebook page:

"I wanted to express my disapproval of the actions shown in preparation of Miss Amazonas 2015. I don't regret having protested. I wanted something clean and honest."

The Daily News reports that Hayalla claims Toledo's victory was a scandal, and that she "bought" her way to the crown.

American beauty pageants have seen their fair share of viral moments. In fact, the Miss Florida pageant made headlines last year for crowning the wrong winner.