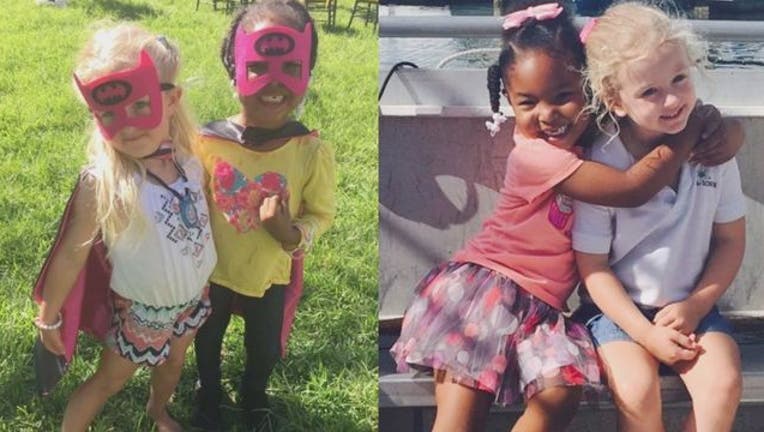 Two adorable best friends were told they weren't twins because of their skin color. But they shot back by saying they were because they shared the same birthday!

Four-year-olds Zuri Copeland and Jia Sarnicola met in school and have been best friends since! Together, they attend birthday parties, theater plays, and have tons of play dates.

Most recently, the besties were at a birthday party when they overheard two girls say they were sisters. The girls joined the conversation by saying they were twins too! But they were displeased with the response they got.

One of the little girls told the pint-sized BFFs they were NOT twins because their skin color was different. Jia began crying and immediately checked her by saying, "You don't know anything! We are twins because we have the same birthday and share the same soul!"

The comment left everyone speechless, including Zuri's big sister Victoria, who immediately messaged her family about the incident. She later screenshot the conversation and took to Twitter to show the world how pure children are-- and it went viral!

"In a world where racism is still going on, we seem to only hear about the horrors of it. I felt that people should see a glimpse of hope in Zuri and Jia’s friendship," Victoria told FOX 5. "I could have never imagined the story reaching over hundreds of thousands of people."

Victoria has called the incident a blessing and testament to many.