POINCIANA, Fla. - A 13-year-old boy was killed while riding his bike in eastern Polk County. When detectives went to his home to tell his parents, they made an emotional discovery.

Thursday evening, Brandon Klauder was biking along Tiger Road in Poinciana. Investigators say he crossed the center line, was hit by an oncoming car, and died.

When detectives went to Brandon’s home to bring his parents that terrible news, his dad brought them into Brandon’s room. Sitting right there was a photo of Brandon and Polk Sheriff Grady Judd, taken recently at the annual "Fishing with Judd" event.

"And he was holding a present that we gave him. It was a Lego superhero," Sheriff Judd said of the photo. "Today God got another superhero, 13-year-old Brandon Klauder. And it breaks our heart. " 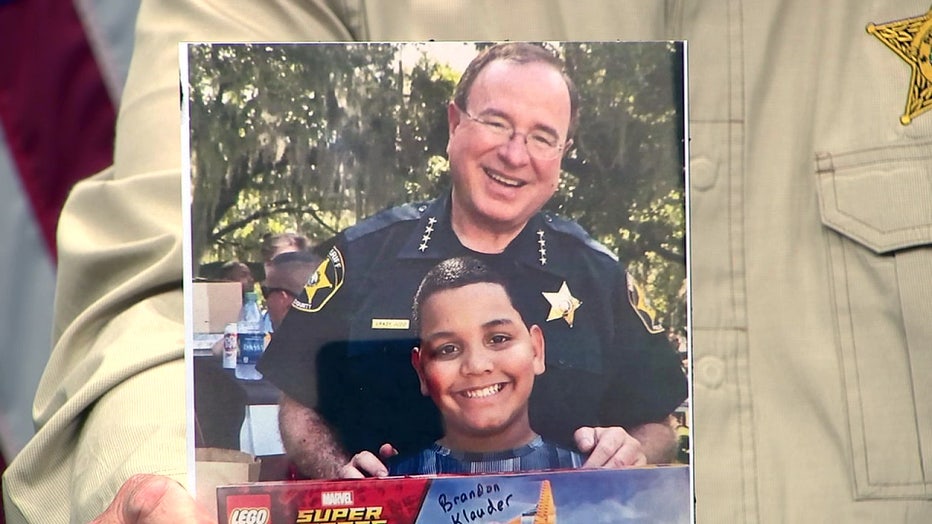 Brandon was a student at Lake Marion Creek Middle School.

The driver of the car is not going to be charged.