WINTER HAVEN, Fla. - A group of children in Polk County spent Wednesday morning learning how to bait a hook, cast a line, and reel in a whopper with Sheriff Grady Judd.

It's an event the sheriff's office holds every year to give kids the chance to interact with officers in a positive way. During an annual 'Fishin' With Sheriff Judd' event at the lake south of the Sheriff's Operation Center, deputies and FWC officers were on hand as 'guides' to provide supervised bait-and-tackle and catch-and-release activities.

"We join with FWC, our partner, to make sure these kids have a positive environment. Many of these children won't have a vacation this summer," Sheriff Judd said to FOX 13. "They don't get to go to the lake. You know what, we want them to see us other than when we're hauling their neighbor off in handcuffs."

Kids interacted with law enforcement officers and enjoyed lunch provided by Polk Sheriff's Charities after fishing. Anonymously donated toys and games were also given to the kids. 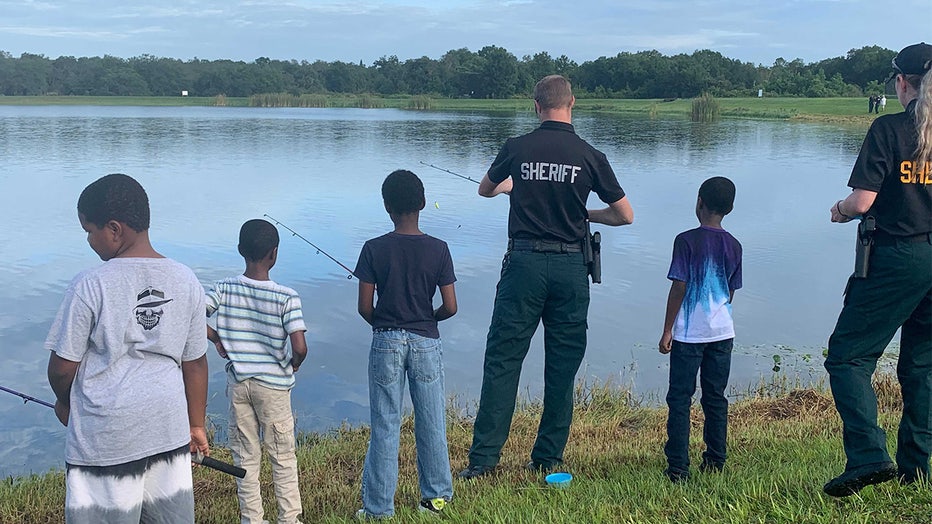 The participants were selected by Community Oriented Policing (COP) deputies who patrol and interact with residents to prevent, suppress, and fight crime. These areas tend to be comprised of lower socioeconomic neighborhoods where the quality of life challenges exist, including relatively higher crime rates.

"Our law enforcement knows our children who need extra care, extra attention, extra love," Judd explained. "At the end of the day, when you look at this, this is nothing more than us partnering, and the smiles on the deputies are as big or bigger when they catch fish."

The sheriff said FWC plays a vital role to help put the event together.