WASHINGTON (AP) - The Biden administration took action Thursday to restore federal protections for hundreds of thousands of small streams, wetlands and other waterways, undoing a Trump-era rule that was considered one of that administration’s hallmark environmental rollbacks.

At issue is a regulation sometimes referred to as "waters of the United States," or WOTUS, that defines the types of waterways qualifying for federal protection under the Clean Water Act. The regulation has long been a point of contention among environmental groups, farmers, homebuilders, lawmakers and the courts.

The announcement by the Environmental Protection Agency and the Army reinstates a rule in place before 2015 while the Biden administration arrives at its own, which is expected to be next year.

The administration had said in June that it planned to repeal the Trump-era water rule and issue new regulations defining which waterways are federally protected under the Clean Water Act. In August, a federal judge in Arizona threw out the Trump water rule and restored a 1986 standard. It was broader in scope than the Trump rule but narrower than what was established by the Obama administration, which brought federal protections to nearly 60% of the nation’s waterways. 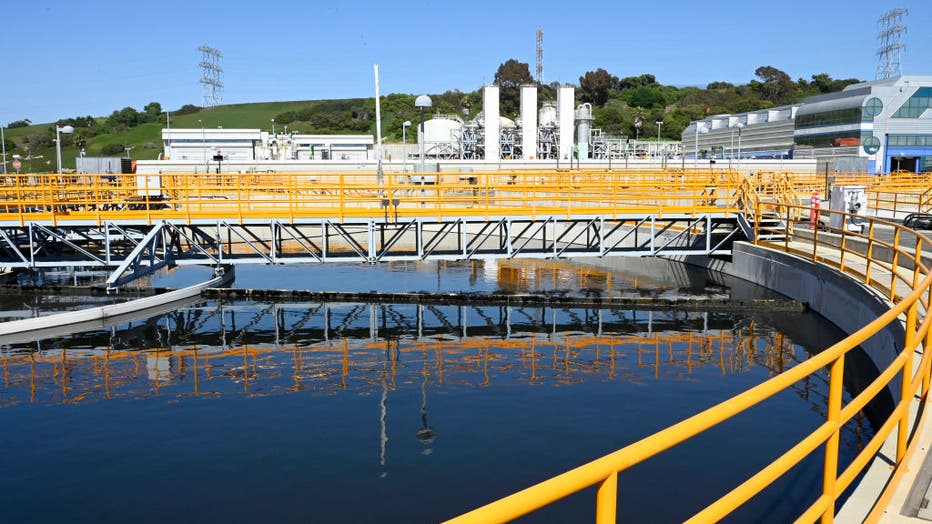 These are secondary clarifier tanks, seen during a tour of the Hyperion Water Reclamation Plant in Playa Del Rey on Wed, Aug. 4, 2021. (Photo by Brittany Murray/MediaNews Group/Long Beach Press-Telegram via Getty Images)

The Trump-era rule was long sought by builders, oil and gas developers, farmers and others who complained about the federal overreach of Obama administration restrictions that they said stretched into gullies, creeks and ravines on farmland and other private property. They have frequently argued that broad federal protections for waterways make it difficult to do their work.

The agency’s action Thursday formalizes steps it already has been taking since the court order.

Environmental groups and public health advocates say a strong federal rule is crucial to protect countless small streams, wetlands and other waterways that are vulnerable to pollution from development, industry and farms. The Trump-era rule resulted in an estimated 25% reduction in the number of streams and wetlands that are afforded federal protection, officials said.

Groups including the National Association of Home Builders and the American Farm Bureau Federation argued that the court should not have removed the Trump rule without deciding on the merits of legal challenges. The judge's ruling in August "casts uncertainty over farmers and ranchers across the country and threatens the progress they’ve made to responsibly manage water and natural resources,″ the farm bureau said at the time.

An EPA spokesman declined to comment on the legal appeal.

In a statement, EPA Administrator Michael Regan acknowledged the uncertainty that has come to define the water rule. "The only constant with WOTUS has been change, creating a whiplash in how to best protect our waters in communities across America," he said.

RELATED: How much water should you really drink

Kelly Moser, an attorney for the Southern Environmental Law Center, which has pushed for stricter regulation, said the action shows that this administration is "serious about quickly returning to a mode of protecting the quality of nation’s waters instead of dismantling them."

The agencies will accept public comments on the proposal through late January.

The Associated Press receives support from the Walton Family Foundation for coverage of water and environmental policy. The AP is solely responsible for all content.