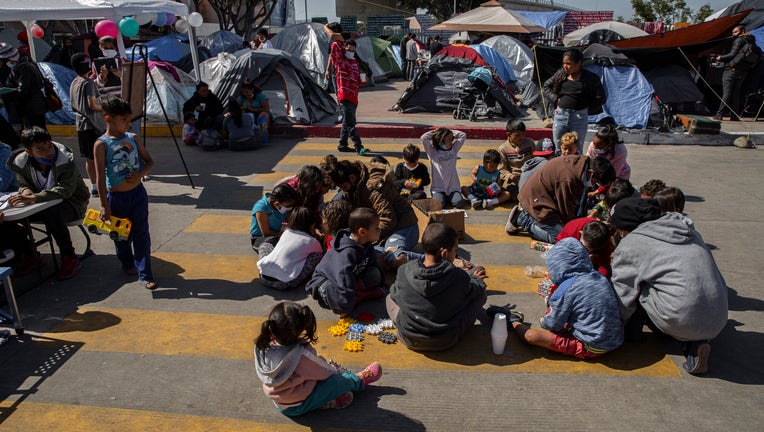 Children from Central America are taught and play at a migrant camp on the grounds of the National Institute for Migration near the "El Chaparral" border crossing. Just over 14,000 unaccompanied migrant minors and refugees are in the custody of U.S.

WASHINGTON - Facing swift blowback from allies and aid groups, the White House on Friday said President Joe Biden plans to lift in the next month his predecessor's historically low cap on refugees, after initially moving only to expand the eligibility criteria for resettlements.

Biden earlier Friday moved to accelerate refugee admissions but kept his predecessor's historically low cap of 15,000 refugees for this year, triggering a backlash from Democratic lawmakers and resettlement agencies.

Biden stated in his emergency determination that the admission of up to 15,000 refugees this year "remains justified by humanitarian concerns and is otherwise in the national interest." But should the cap be reached before the end of the current budget year and the emergency refugee situation persists, then a presidential determination may be issued to raise the ceiling.

White House press secretary Jen Psaki said later that Biden has been consulting with his advisers to determine what number of refugees could realistically be admitted to the United States between now and October 1, the of the fiscal year.

She said "given the decimated refugee admissions program we inherited," it's now "unlikely" Biden will be able to boost that number to 62,500 as he had proposed in his plan to Congress two months ago.