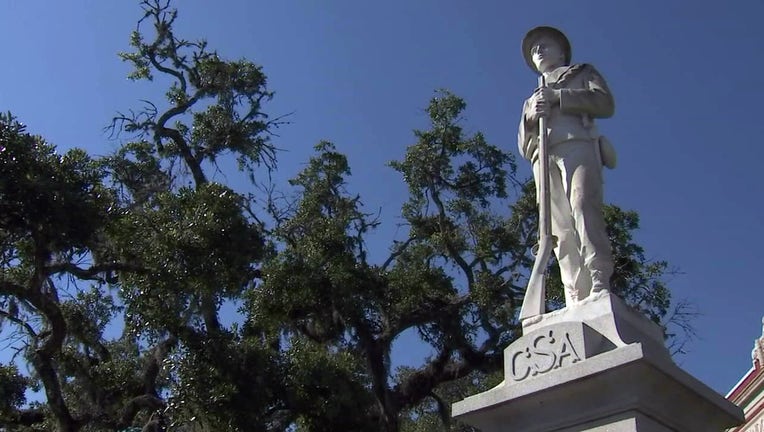 A Confederate monument in Brooksville (file)

Democratic State Representative Mike Grieco wants lawmakers to remove the Lee, Davis and Confederate Memorial days from a list of legal holidays on the books in Florida.

A similar effort in 2018 was approved by one Senate committee but did not pass the Legislature. It drew objections from people who argued the proposal would erase Southern history.

Grieco filed his proposal for consideration during the 2021 legislative session, which begins March 2.

“It’s a worthy conversation to continue having. If you don’t file bills like this, then you stop having the conversation about the perpetual embracing or celebration of a time in history that was supportive of slavery,” the Miami Beach Democrat explained.

A look at the history of the Confederate flag

The history of the Confederate flag and the period during which it became controversial.

Lee’s birthday on January 19 and Confederate Memorial Day on April 26 have been legal holidays in Florida since 1895.

Florida is one of five states that continues to keep Confederate Memorial Day a legal holiday, though legal holidays are not necessarily paid holidays for public employees.

“Even though it’s a part of history, it’s not something that needs to be celebrated, embraced or to have a legal holiday celebrating or embracing it,” Grieco added.