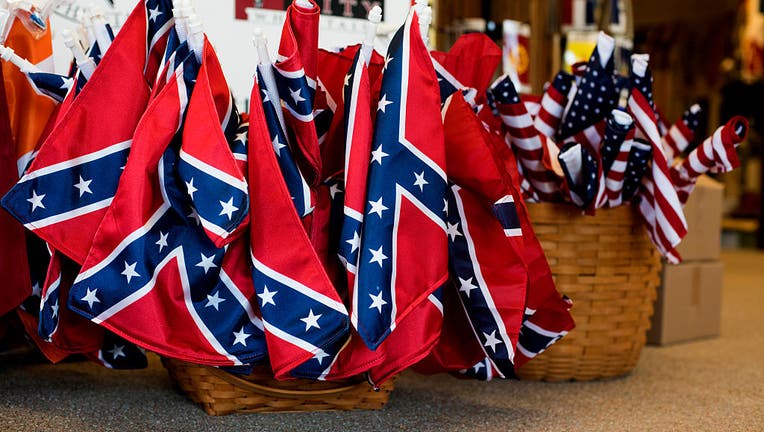 Confederate and American flags are displayed inside of the showcase room at Alabama Flag and Banner, where Confederate flags are manufactured, on April 12, 2016 in Huntsville, Alabama. (Photo by Ty Wright/Getty Images)

Grieco on Thursday filed a bill (HB 6007) to remove the Lee, Davis and Confederate Memorial days from a list of legal holidays on the books in Florida.

A similar effort in 2018 was approved by one Senate committee but did not pass the Legislature. It drew objections from people who argued the proposal would erase Southern history.

Florida is one of five states that continues to keep Confederate Memorial Day a legal holiday, though legal holidays are not necessarily paid holidays for public employees.

Other legal holidays that are not paid holidays include Susan B. Anthony’s birthday, Good Friday, Flag Day and Pascua Florida Day to mark the discovery of Florida in 1513 by Juan Ponce de Leon.

Grieco filed his proposal for consideration during the 2021 legislative session, which begins March 2.