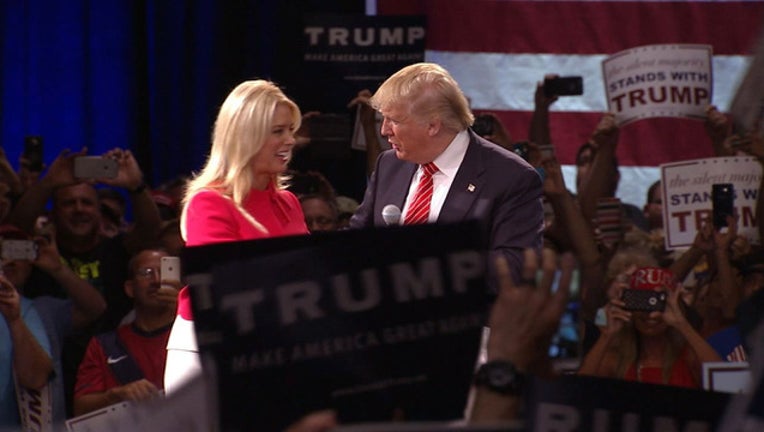 TALLAHASSEE (NSF) - Florida Attorney General Pam Bondi offered little information Tuesday about her future or her discussions with President-elect Donald Trump, as she made one of her first appearances in Tallahassee since meeting with Trump last week in New York.

Bondi, who is term-limited from running again for attorney general in 2018, continues to be rumored as a candidate to head the White House Office of National Drug Control Policy, a position informally known as the drug czar. That speculation is in part fueled by her work as attorney general in trying to crack down on pill mills and synthetic drugs.

"I'm not going to confirm or deny anything right now. I went to New York at the request of the president of the United States-elect," said Bondi after a state Cabinet meeting. "I was up there meeting with him, and frankly I don't think anyone should come out of those meetings and talk about anything that was said in those meetings."

Gov. Rick Scott, asked if he's considered the type of candidate he'd consider as a replacement for Bondi if she were to resign, also indicated he wasn't into the speculating.

"I have a total of about 2,900 appointments to boards and commissions. I focus on the things that are in front of me," Scott said after the Cabinet meeting. "I hope that Attorney General Bondi stays."

Bondi, like Scott, was an early supporter of Trump's presidential run. She also is part of the Trump's transition team, which Bondi cited as the reason she remains guarded about her comments.

"For what it's worth, I think when people go and do interviews on TV and talk about things, I think they probably don't know what is going on in there," Bondi said.

Bondi made similar statements while attending a reception Monday night at the governor's mansion and after an annual Christmas tree-lighting ceremony at the entrance to the governor's office Tuesday morning.

Trump has been holding meetings in New York City since his Nov. 8 election and announcing his nominees for senior posts on his planned White House team.

"At this point the president-elect is filling out his Cabinet at the fastest rate since at least 1968," spokesman Sean Spicer said on a media call.