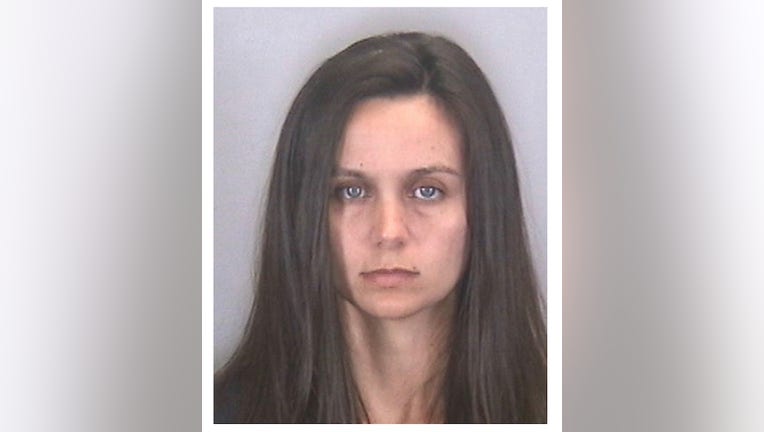 BRADENTON, Fla. - A deadly shooting that occurred in September led to the arrest of the victim's wife, according to the Manatee County Sheriff's Office.

On Sept. 27, deputies responded to a report of a domestic-related shooting in the 11300 block of White Rock Terrace in Bradenton. Detectives said 28-year-old Ashley Benefield shot her husband, Doug, twice that night. He later died in a nearby hospital.

During the investigation, detectives said Ashley told them her husband was attacking her, but they found no evidence to support the claim. They said there were no signs of physical abuse on the suspect.

At the time, the couple were separated and were involved in a custody battle over their daughter. On the day of the shooting, detectives said Ashley was staying with her mother's in the Central Park neighborhood, while Doug was residing at a separate address.

He went to visit Ashley and were the only ones at the home when the shooting occurred, detectives said.

After weeks of investigating, a warrant was issued for Ashley's arrest, and she turned herself in at Manatee County Jail on Wednesday night. She faces a second-degree murder charge.