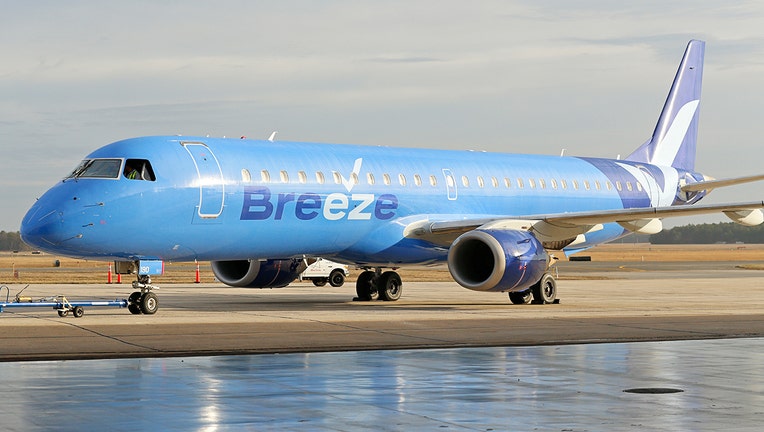 TAMPA, Fla. - There is another option to get around the U.S. from the Tampa International Airport.

Officials announced Friday "Breeze Airways," a U.S. carrier by the founder of JetBlue, will take flight from the Tampa airport. Starting May 27, The first flights will operate between Tampa, Charleston and Hartford, Connecticut.

According to TPA, additional destinations will be added every week through July 2021. Flights start as low as $39 and can be booked through www.flybreeze.com.

Breeze Airways will operate 13 single-class Embraer aircrafts and routes will have an average flight length of under two hours. Ten aircrafts can hold 108 guests, while three can hold 118 passengers.

The fleet will also include 60 new Airbus A220 aircraft. One will be delivered per month for the next five years starting in October. The routes including this aircraft will be longer than two hours. Those will be announced at a later date. 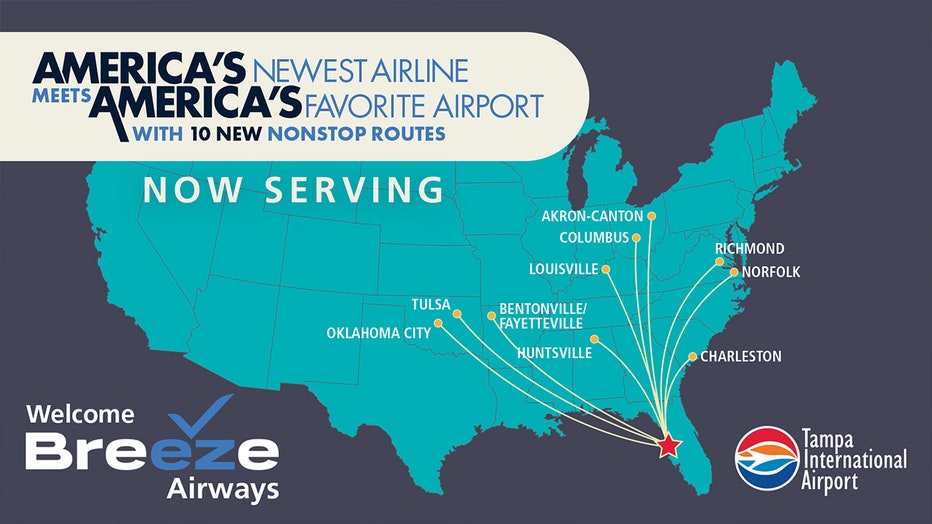