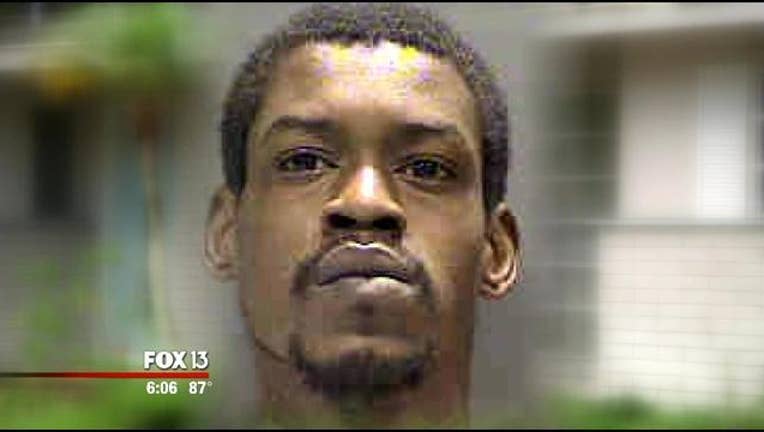 "I was going to call it the best day ever, but since that happened, I don't think that can happen," he said.

The 13-year-old from Sarasota had just come back from Busch Gardens. A few hours later, a burglar broke into his home.

"He looked surprised when he saw me. I was terrified," said Zittle.

He was watching Netflix on the computer. The burglar told him to stay put and be quiet.

"I kept hearing noises in the house. I kept wondering if he came back in here what he would do to me," he said.

The encounter lasted seconds, but Reece got a good look.

"I watch 'Law and Order' a lot it just made me what to think of what to do in that situation. I got a quick skim of him. I tried not to make it look like I was doing that," said Zittle.

When the noises stopped an hour later, Reece called 911. His T.V, DVD player, XBox1, XBox360 and Kindle Fire were all stolen.

The thief even seemed hungry.

"He took a bottle of my mom's wine, a bag of chips and my Subway that I was going to eat that next day," he said.

The next morning Officer Jason Frank stopped by.

"It  just kind of bugged me because that's my zone and I hadn't heard anything up until that point," said Officer Frank.

Officer Frank decided to take a walk around the neighborhood. He knew the home across the street from where the burglary happened was vacant and he found some good evidence in the trash can.

The burglar took them out to get into the home.

He also found the stolen electronics in the garage and then the suspect, Braxton Morgan, inside the home.

"Just being at the right place at the right time, knowing the neighborhood played into finding him," said Officer Frank.

"I knew when I first saw him walking out of that house that I did good. I gave them a good description," he said.

Now he hopes to get back to the remaining days of his summer break and a few more episodes of "Law and Order."

"Hopefully he won't be coming back," said Zittle.

Morgan has been charged with felony burglary of a dwelling and trespassing of an unoccupied residence.