TAMPA, Fla. - A couple rushed to the rescue early Tuesday afternoon to save a truck from crashing into traffic.

Katrin Mazanowski and her husband, Nathan, were stopped at the East Palm Avenue and North Nebraska intersection near Ybor City, when out of nowhere a truck started rolling through the intersection at a slow speed.

“Both of us looked at each other and were like, ‘What is this guy doing?’” Katrin recalled. "On the right side, we see a truck starting to drive slowly through the intersection. He's literally crossing the intersection with red lights and cars that are crossing.”

First came the shock, and then the concern. The truck was rolling through moving traffic, and had just torn off a crosswalk sign.

"We were thinking, is it a drunk driver, or maybe someone has a heart attack or something?” she said.

That’s when Nathan jumped out of their own car and started running toward the truck. But there was no one inside.

"I ran up to the side of it, saw no one was in it, and I just jumped in, because it was instinct, and I was just glad no one got hurt,” he said. 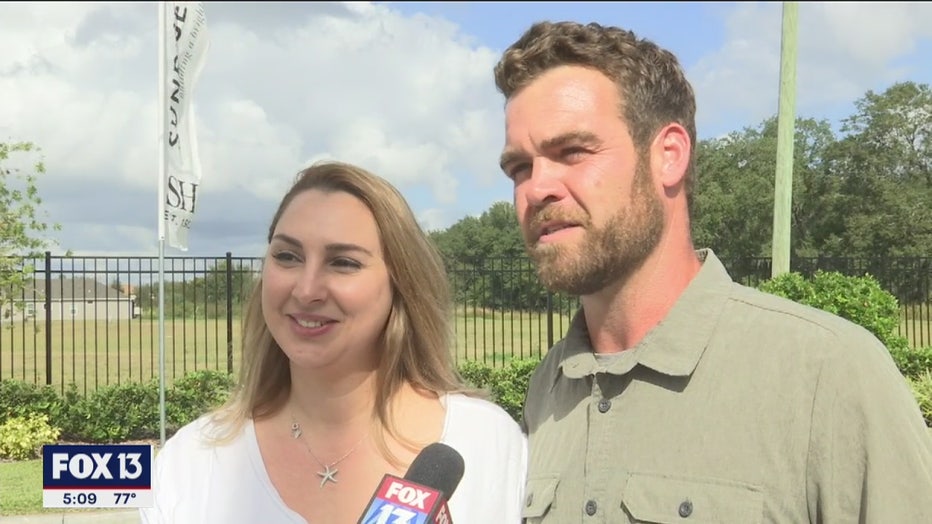 The couple eventually found the truck driver eating lunch inside a nearby sandwich shop.

"I go in there and he's wearing the uniform of what the name was on this construction truck, and he was shocked,” Nathan said. “And immediately came out and went and got his vehicle."

It was a safe ending, but not the advice they’d give everyone.

"Probably not the safest thing to do! Call 911, stay out of the way, and always be a defensive driver,” he said.