SARASOTA, Fla. - Off Beneva Road near Bahia Vista in Sarasota, a car ended up in the middle of a home.

"We need to close that up as soon as they get it out," said a man.

The SUV pushed out a wall, a window and destroying belongings inside.

"He just came in through the living room and the window is lying all the way in the kitchen and yes just shocked," said Laura Beiler. 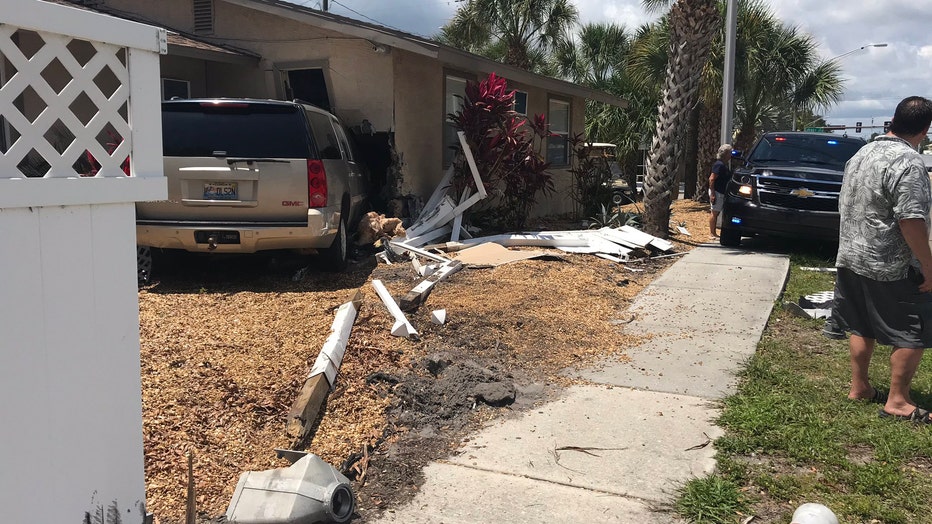 Laura Beiler watches over the property. She knows this could have ended badly, but luckily the home was empty. Renters were scheduled to arrive soon.

It's still unclear what happened, but the driver crossed Beneva Road around 2 p.m. He ran into the crosswalk and signs before crashing into the home.

"Somebody could have gotten killed the sofa was on the side where he came in and it was just pushed all the way to the other side,' said Beiler.

The driver walked away from the crash and appeared to be uninjured.