LOS ANGELES - It’s a shocking sight... thousands of torn up packages and boxes stretching for an eternity along the Union Pacific rail lines east of Downtown Los Angeles.

Cargo thieves break into the containers, as the trains slow down or stop in the area, go through packages and take what they can. It’s a problem that it getting worse.

"Over 160% increase in cargo thefts in LA County" says UP spokesperson Lupe Valdez. That’s about 90 containers a day.

She explains the problem exploded when bail was suspended, as was the prosecution of misdemeanors.

"We’ve made arrests, but we have yet to hear back on a single prosecution," Valdez adding, explaining that they’ve worked closely with LAPD and LASD to target criminals in open areas. But there are no repercussions, she adds, so they are back the next day.

In December, Union Pacific sent a letter to LA County DA George Gascón asking for help. FOX 11 reached out to Gascón’s office asking about the letter and why UP has not heard back. 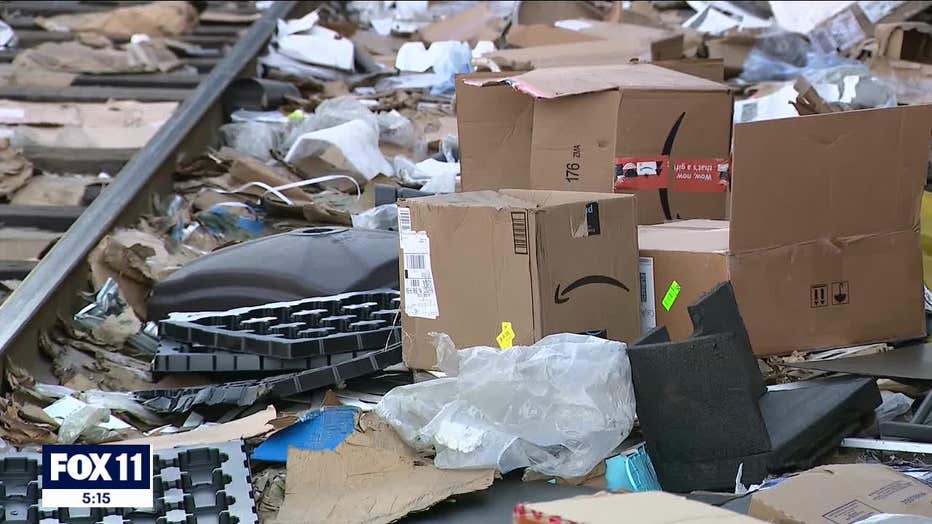 The DA’s office responded with the following statement:

"Our office is committed to working with law enforcement to ensure collective safety across Los Angeles County’s sprawling infrastructure, whether it’s at our ports or on railroad tracks.

Some cases presented to our office by Union Pacific have been filed, such as burglary and grand theft, while others have been declined due to insufficient evidence. We make charging decisions based on the evidence.

Our office takes Union Pacific’s concerns seriously and hopes to discuss this issue more in the coming weeks."

To that, Valdez says that if they don’t get some help, they may have to start diverting routes around targeted areas like Lincoln Heights.